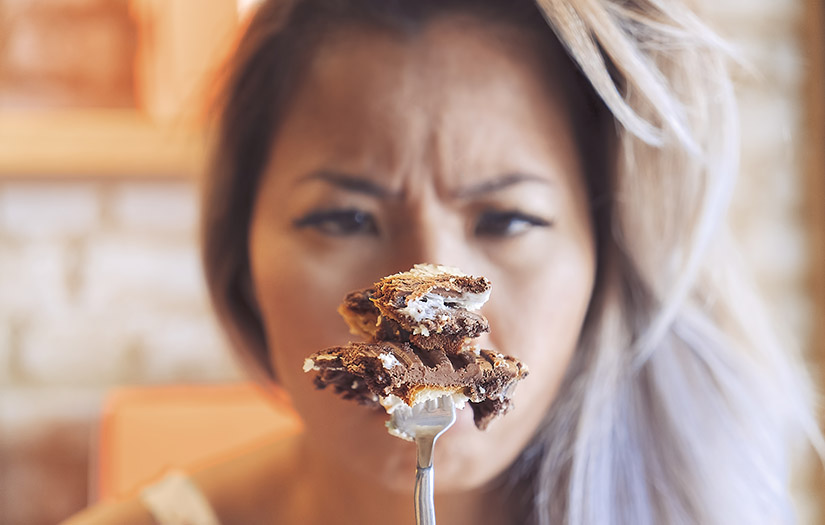 One of the most common questions I am asked as a nutrition coach is my feelings on cheat meals and whether I encourage clients to take them. Cheat meals are, by definition, a meal that does not follow the prescribed nutrition plan.

Generally, these meals are high in carbohydrates, fats, sodium, and sometimes sugar. They will almost certainly take a dieter off their recommended macronutrients for the meal and likely the day.

WHAT IS A CHEAT MEAL?

Cheat meals are an eating approach of adhering to a clean diet 90% of the time and cheating on 10% of meals (or even ratios of 80:20), or a complete day of modestly indulging in the not so healthy craved foods.

Cheat meals are purported to bring a dieter psychological relief, a temporary boost in metabolic rate, and replenishment of glycogen stores so that they may resume the diet again afterwards. However, there is very little empirical evidence to support any of these claims. Much of the evidence is anecdotal (Pila et al., 2017). Rather, much of the research supporting diet breaks looks at longer periods of refeeding or “cheating” as opposed to just one single meal.

However, this benefit appears to be somewhat limited as these levels remain increased maybe a day or so surrounding overfeeding. The increase in metabolic rate is not enough to counteract the extra calories consumed from overfeeding (Dirlewanger et al., 2000).

Another study looked at a single day of overfeeding via fats and examined the metabolic effects. Fifteen normal-weight adults were subjected to a single day of consuming excess fats (68 per cent of daily caloric intake). The participants showed reduced glucose tolerance and insulin sensitivity with no rise in metabolic rate (Parry et al., 2017). Although these studies are small, they may show more benefit from consuming a cheat meal consisting of higher levels of carbohydrates versus fats.

Anecdotally, the greatest benefit of a cheat meal is psychological. Oftentimes, it can be difficult to stick to a diet of all healthy foods for long periods as the body will be sending out a cascade of distress signals as leptin levels fall and ghrelin and cortisol levels rise. Frequently, dieters will report an increase in cravings and sometimes, the urge to binge eat after a period of dieting. The cheat meal can provide a proverbial light at the end of the tunnel and a sort of reward to look forward to after a period of adherence to a fat loss plan. Likewise, a more controlled cheat meal may help the dieter to avoid a full binge eating episode (Murray et al., 2018).

However, this is not always the case. An uncontrolled cheat meal may have the opposite effect and induce a full binge eating episode during periods of energy restriction. This holds for both physique athletes (bodybuilders) and the general population. This psychological effect varies highly from person to person but is something to consider before opting for a cheat meal (Roberts et al., 2020).

HOW SHOULD ONE INCORPORATE CHEAT MEALS?

There are several ways to incorporate a cheat meal into a fat loss program. Rather than an uncontrolled cheat meal, the dieter could opt to fit the cheat meal into their prescribed calories and macronutrients, still staying within the caloric deficit. For instance, if a dieter is trying to avoid pizza, they could simply choose a smaller portion to fit within meal parameters. In the case of dieters following a popular diet such as the ketogenic diet or paleo diet, the dieter could add the recommended serving size of the “off-limits” food for a day. This will have a minimal physiologic impact and not likely derail weight loss efforts.

Second, cheat meals can be incorporated into flexible diets, even without increasing calories. Using a more flexible dieting program and not setting up stringent rules surrounding food may be more sustainable than a diet that restricts entire foods or food groups. Conlin et al., (2021) conducted a randomized controlled trial with 23 resistance-trained adults on a fat loss diet. The participants were separated into groups and either given a rigid or flexible diet with the same baseline energy restriction of 20 per cent below maintenance calories.

The same amount of weight was lost by both groups of participants. There is evidence to suggest that flexible dieting may help individuals lose more weight over time as these diets are easier to stick to long-term (Berg et al., 2018). In this case, the dieter can simply have their favourite meals as part of their energy-restricted diet if the macronutrients and total calories stay within the limits of the fat loss diet.

There is also evidence to support the idea that refeeds (especially refeeds high in carbohydrates) can help dieters maintain lean body mass while still losing similar amounts of fat mass throughout a fat loss program. These refeeds can be as short as two days (Campbell et al., 2020). The dieter could opt to incorporate a favourite “off-limits” meal into a day, two days, or a week of controlled refeeding.

In this case, the dieter would increase the number of calories they are consuming for the refeeding period to enough calories to maintain weight, but still fit the cheat meal or cheat meals into those prescribed amounts of calories. This method may bring more physiologic benefits than a single cheat meal.

WHICH CHEAT MEALS SHOULD BE AVOIDED?

There are no specific foods that should be avoided during a cheat meal or during periods of refeeding, however, there are a few points to consider. First, higher carbohydrate meals are preferable to high-fat meals to get metabolic benefits from the cheat meal (Dirlewanger et al., 2000).

Second, suppose a dieter is following a rigid diet eliminating certain foods or food groups (i.e., low carbohydrate diets). In that case, there is a higher risk that consuming a meal consisting of the “off-limits food,” especially if that food was a favourite, could trigger an episode of binge eating. For instance, potato chips may not be the best choice if a dieter had a history of overeating potato chips before the diet (Memon et al., 2020).

Overall, continuous dieting with no breaks or diets with very rigid food rules is not sustainable. There are a few key points to consider when deciding whether to add cheat meals into a fat loss program and/or how to incorporate them.

• There is good evidence that periods of refeeding (i.e., diet breaks) while dieting are helpful for sustainability, preventing the loss of lean body mass, and helping to prevent metabolic slowdown. Most of the current research seems to support the idea that several days of refeeding is necessary to get these benefits.

• A single cheat meal may not be enough to boost metabolism but may have a psychological benefit.

• Flexible diets where the dieter can incorporate cheat meals while still staying within recommended levels of calories and macronutrients can result in the same amount of weight loss short term, and more weight loss long-term than more rigid diets that cut out entire foods or food groups.

• Cheat meals that are higher in carbohydrates versus fats are preferable.

• Uncontrolled cheat meals or cheat days, especially after a long period of calorie restriction, could wipe out a calorie deficit, increase cravings, and make sticking to the diet more difficult. This varies highly from person to person.

On the surface, cheat meals look like a very tempting and promising way to take a diet break. Theoretically, a client has been working very hard to stick to mostly healthy foods, targeted macronutrient ratios, and a caloric deficit. Yet, strict adherence to a fat loss diet for long periods can lead to metabolic adaptation, poor sleep, difficulty with recovery, and performance impairments.

Sometimes, diet breaks are needed. Previously, we discussed strategies surrounding refeeding and diet breaks, however, cheat meals, though a type of refeeding strategy, are not necessarily the same thing. Let’s take a deeper look at what the research says about cheat meals, who could benefit from them, and how to incorporate them into a fat loss program.

Nicole Golden has been a health/fitness professional since 2014 when she left the field of education to pursue a full-time career in fitness. Nicole holds a Master of Science degree from Concordia University Chicago in Applied Exercise Science with a concentration in Sports Nutrition. She is a NASM Master Trainer, CES, FNS, BCS, CSCS (NSCA) and AFAA certified group fitness instructor. Nicole is a sports nutritionist (CISSN) certified through the International Society of Sports Nutrition. She is the owner of FWF Wellness where she specializes in corrective exercise, nutrition coaching, and training special populations. She has a great deal of experience working with a wide variety of clients including female athletes, cancer survivors, older adults with medical comorbidities, and clients who have undergone bariatric surgery. She also has a special interest in coaching clients in recovery from Substance Use Disorders. Nicole enjoys spending time with her husband and five children when she is not training clients or teaching fitness classes.