RUNNING FOR KIDS: A HELPFUL GUIDE: 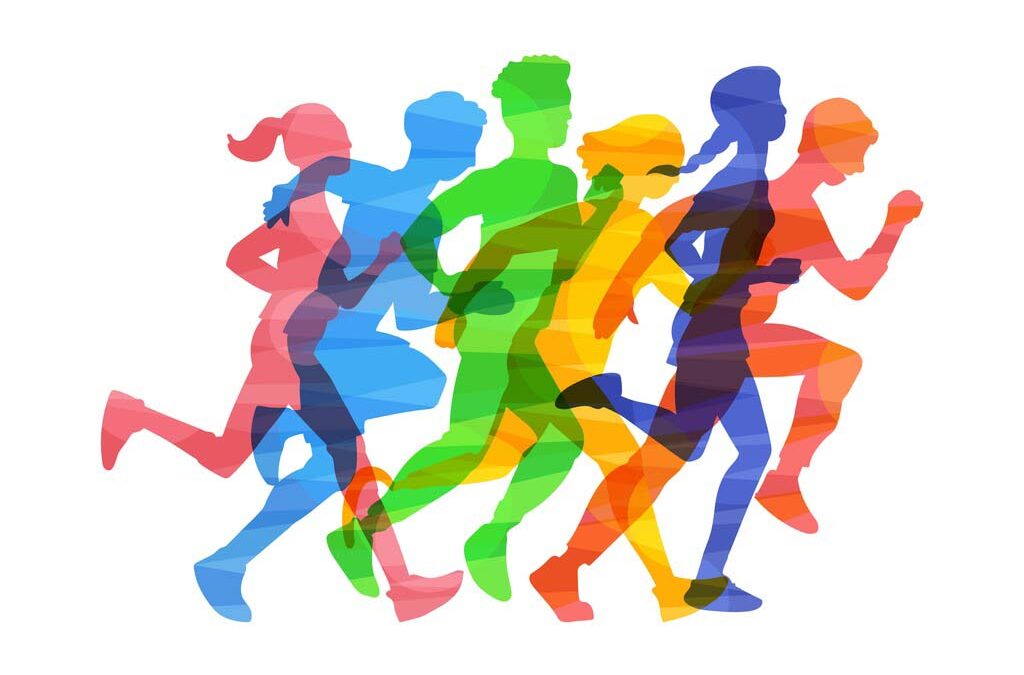 Running is something that our bodies were built to do. An integral component of movement within the majority of most sports, running [efficiency], can dictate success for most athletes early on in their skill development. Cardiovascular benefits from running promote heart health and endurance in the human body in all stages of life (Clark, Lucett, McGill, Montel, and Sutton, 2018).

With the rise of obesity, cardiovascular disease, and health-related issues, encouragement for children to enjoy the act of movement early in their lives can set the stage for increased wellness and cardiovascular health in their future.

If you are a youth exercise specialist (or soon to be), it makes sense to replace sedentary behaviors that create postural dysfunction and reduce energy expenditure with activities such as running and exercise (Clark et al. 2018).

FIRST AND FOREMOST, RUNNING SHOULD BE FUN

You should celebrate any participation where a child is engaging in physical activity [primarily while focusing on personal improvement]! All that matters, when children begin to learn about running and movement, is that they are having fun with it, and there is a smile on their face while they are in motion. Children innately run the moment they can walk; it seems. From walking age, children dart around to get to where they want to go as fast as they can.

The goal is to teach them how to keep moving throughout life while adding efficiency and preventing injury as much as possible. So, as long as they are enjoying the functionality of running movement, that’s all that matters. During earlier childhood, i.e., before puberty, strict training regimens around running should be avoided.

Some children can run longer distances than one would imagine at an early age; however, the primary focus should be their actual enjoyment surrounding the activity. Strict training regimens can create rules and regulations around running too early on when it should be an activity that deserves to be associated with enjoyment in this stage of movement development.

What’s another easy way to make running exciting? Make it a family affair! Parents, caregivers, grandparents, anyone in a child’s circle of influence can genuinely shape their love of running. When we move, they move. If we run, they’ll run. Why not run together? No matter if it’s a steady effort or one with stops along the way to observe nature and catch a ladybug, any form of running is a golden ticket for success for the future of a child.

As described later in this post, gameplay can blend running with enjoyable for both children and their families [and friends]. No matter if it’s done in a continuous effort or in sports, all of the minutes of physical activity add up to positively impact everyone’s wellbeing (Clark et al. 2018).

HOW TO SIMPLIFY RUNNING GAIT FOR CHILDREN

Of course, the gait cycle associated with running is one that can be complex to break down for anyone. Younger children take more steps and have a shorter stride length, then they do as they get older, so their gait will shift as their bodies develop (Cesar and Sigward, 2015).

As children get older and can comprehend variables related to their biomechanics, they can learn more about this cycle and how to enhance the proper musculature to support their running. In younger years, start with simple exercises to create strength with biomechanics early on (Youth Exercise Specialist, 2012).

An example of a good exercise for younger runners is slow marching to teach children to understand the opposite arm’s need to swing back at the same time as the opposite leg moves forward. Children should also learn that their power for running comes from the strength of their core. Dynamic stability exercises that include unilateral, single-leg, can enhance balance and coordination for foundational strength.

In addition to running skills, obstacle courses and gameplay can add to the allure of running for kids. Games like red light/green light/yellow light, tag, and obstacle courses where children run between stops keep the focus on the fun of the activity while intertwining run movements at the same time. Red light/yellow/light/green light is a game that can involve listening skills, varying paces, and run practice simultaneously.

During running, the ability to rapidly decelerate and change directions is vital for successful participation in [most forms of] childhood activities and sports. Reviewing how children’s locomotor tasks stay relevant to physical activity participation is essential to set reasonable expectations as children who do not attain age-appropriate motor skills are less likely to engage in physical activities (Cesar and Sigward, 2015). A child’s gait will develop as they develop.

Running shoes are built to help runners move in a sagittal plane with efficient movement. They’re also made specifically for each individual’s gait tendencies as well as to provide support for running’s high-impact effect on the body. Children should run in supportive athletic shoes when at all possible. Sandals or dress shoes don’t offer the same support as sneakers or athletic shoes.

In addition to footwear, teaching youth about foot placement when they run can increase the effectiveness of their run skills. When going at faster sprinting speeds, encourage children to use the balls of their feet. When they are going for more casual paces, guide them to use their midfoot, and avoid heel striking (which is common in new runners.)

WHY RUNNING IS GREAT FOR KIDS!

Running is a piece of the fitness puzzle that can help children develop proper levels of self-efficacy. Our role as leaders is to guide children towards various methods for movement.

Any activity where moving is involved can have a positive impact on a child’s level of physical activity, along with helping their body physiologically healthfully expend more energy. As children develop skills and enhance their running quality, they can be motivated to develop goals about the sport along with the continuation of improvements with form.

If this subject interested you, and you want to learn more about how you can systematically train kids to the best, healthiest versions of themselves, consider checking out our Youth Exercise Specialization.