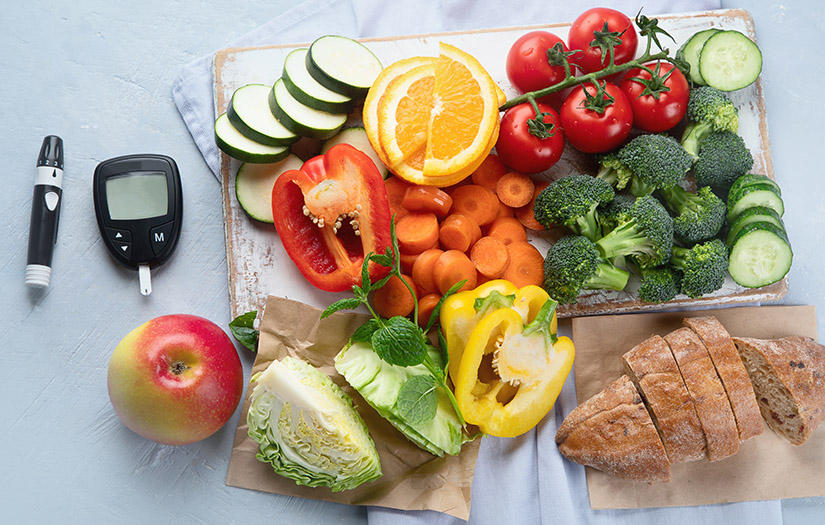 The glycemic index is one of the most popular tools used in nutrition, especially in weight loss, glycemic control, and sports Nutrition.

When you Google the term “Glycemic Index,” you will return almost 26 million hits, meaning this is one of the most searched topics in nutrition. However, precisely what this index is, whether or not it is useful, or who exactly should use it is not well understood.

This information is a useful complement to the overall NASM-CNC and NASM-WLS courses.

WHAT IS THE GLYCEMIC INDEX?

The glycemic index, first published in 1981, is essentially a measure of how quickly and how high a food raises an individual’s blood sugar. More specifically, it is an indexed measure of how high blood glucose rises within the first two hours of consuming food. Generally speaking, the more glucose a food has, and the easier that glucose is to digest, the higher the glycemic index score of the food. Conversely, the less glucose a food has, or the more difficult it is to digest, the lower the glycemic index score of the food.

This index has been studied quite heavily in research to better understand the role of dietary carbohydrates on glycemic control and recovery from exercise (Atkinson et al., 2008; Burke et al., 1993; Matthan et al., 2016; Vega-López et al., 2018). Additionally, this is a tool that has been studied extensively in managing diabetes given that postprandial (after eating) glucose spikes are essential to measure among people with diabetes (Bell et al., 2015; Brand-Miller et al., 2003).

As mentioned above, there are properties about food that tend to make it have a low glycemic index. These properties are:

This means that foods that are lower on the glycemic index are more likely to be foods with higher fat content and protein content and lower carbohydrate content. Below is a chart of low glycemic index foods, labeled by major macronutrient category.

This means that foods that are higher on the glycemic index are more likely to be foods with higher carbohydrate content, low protein, and fat content, containing a large amount of simple sugars (e.g., monosaccharides or disaccharides). Below is a list of commonly consumed high glycemic index foods.

SHORTCOMINGS OF THE GLYCEMIC INDEX

The glycemic index measures how much a set amount of carbohydrate raises your blood sugar for a short period. This means that it does not take into consideration the total amount you are consuming. This also means that you might drastically overstate or understate that total glucose load your body is exposed to from a single meal.

For example, foods like watermelon have a high glycemic index but are relatively calorie and carbohydrate sparse for a given serving (The Lowdown on Glycemic Index and Glycemic Load, 2016). As such, the glycemic load provides a more real-world perspective on how much consuming a given serving of food will impact your blood glucose.

Even though the glycemic load provides additional information, there are still shortcomings of glycemic load. For example, glycemic load is often highly reflective of an individual’s fiber content, wherein lower glycemic load diets are higher in fiber. This makes it difficult to discern whether or not the glycemic load as a measure is any more valid than simply tracking fiber intake.

Additionally, While both the glycemic index and glycemic load measures can provide some value, there is one glaring issue with both measures: they fail to take personal variances into account. While it was speculated that there might be slightly different responses between two people to a given food, recent research has shown that these differences are quite substantial (Zeevi et al., 2015).

For example, one study found that when two different people consumed two other foods, a banana (glycemic index: 51) and a cookie (glycemic index: ~60-65), they had two completely different responses to each food (Zeevi et al., 2015). Furthermore, in the same study, they found that the participants all had very different responses to a single serving of bread. One participant showed virtually no glycemic response, and others showed a very high glycemic response (Zeevi et al., 2015). 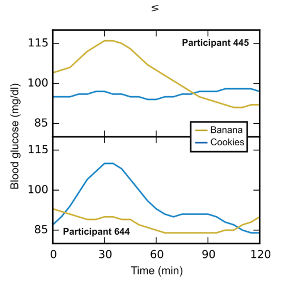 IS THE GLYCEMIC INDEX HELPFUL FOR WEIGHT LOSS?

Low-glycemic diets have been promoted as promising tools for weight loss. There is some evidence to suggest that following a low-glycemic diet may indeed help with weight loss (Juanola-Falgarona et al., 2014).

However, it appears as though it is not necessarily the fact it is low-glycemic, but the other properties of the diet (e.g., higher fiber, lower-calorie, less processed foods) that help drive the weight loss as low-glycemic diets do not appear to be superior to other diets (Raatz et al. 2005). As such, do not lean heavily on the glycemic index as driving when selecting a diet.

The glycemic index provides a rough estimation of how much an individual food may increase blood glucose after consumption. This index may provide some utility as a rough guideline for individuals to understand how their bodies respond to a given food.

However, it is essential to understand the total amount of carbohydrates consumed as well, which is more reflected in the glycemic load measure. However, both measures are crude estimates and fail to take individual variation into account, which recent evidence has shown to be relatively high.

It is best to think of the glycemic index as a rough tool to help guide some decisions but is not a highly accurate tool that should drive all nutrition decisions.