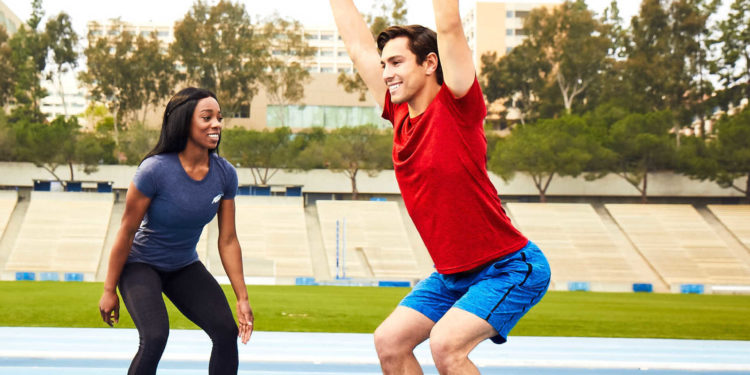 Spending long hours of our day in a seated position as we sit to eat, sit to work, sit at work, and so on, can place our hip flexors in a shortened position for extended periods of time causing them to become overactive. Movement impairments resulting from overactive hip flexors can lead to common issues such excessive low back arch, hamstring strain and/or back discomfort and pain (1-4). In fact, about 80% of adults experience low back pain at some point during their lives with the majority of acute low back pain being a result of movement impairment (1). This is not a surprise when we consider that the largest portion of today’s workforce spends their day sitting.

Individuals that spend the majority of their day sitting behind a desk or traveling by car or plane are highly susceptible to having overactive hip flexors. This is problematic because the hip flexors shorten in the seated position and their functional antagonists (hip extensors and intrinsic core stabilizers) become reciprocally inhibited and lengthened (2-6). The more time the hip flexors remain in a shortened position, the less likely they are going to return to their optimal length. This means the hip joint will remain partially flexed during other activities, placing the low back in extension and the pelvis to shift anteriorly (anterior pelvic tilt), potentially destabilizing the lumbar spine which can lead to pain or injury (3-4, 6). Luckily, we can screen for this compensatory pattern using NASM’s static and transitional movement assessments.

When performing the NASM Overhead Squat Assessment (OHSA) with a client, you will want to watch the lumbo-pelvic-hip complex (LPHC) from the lateral view for kinetic chain dysfunction. If you identify a low back arch or excessive forward lean, overactive hip flexors may be the cause (5-6). However, human movement is complex and these compensations can have other and/or multiple causes. For instance, an overactive latissimus dorsi can cause the low back to arch while tight/overactive calves limiting ankle dorsiflexion range can cause an excessive forward lean (6). In order to be sure what is disrupting optimal movement, further assessing will be needed. By modifying the OHSA by either elevating the client’s heels or placing the client’s hands on their hips more information can be gained.

Elevating the client’s heels during the OHSA reduces the demand on the ankle complex reducing deviation within the kinetic chain, especially at the feet, knees, and hips. In addition, the client’s weight is shifted forward allowing the client to sit more upright, reducing the amount of hip flexion needed. If the client’s excessive forward lean is eliminated then the compensation is likely to be caused by something other than the hip flexor complex. However, if the compensation remains, more assessing is still required (6).

The next modification to the OHSA places the client’s hands on their hips, without the heels being elevated. This modification reduces the demand on the pectorals, latissimus dorsi, and coracobrachialis, allowing you to see how the upper body may be influencing the LPHC. If during this modified assessment the low back doesn’t arch, then the compensation within the LPHC was likely influenced by the upper body. If the compensation still exists, then the hip flexors may indeed be overactive (6).

It is important to note that it is common to have compensation in multiple kinetic chain check points stemming from multiple impairments within the body. While at the moment our focus is on hip flexors, other impairments are likely to present and need to be addressed in addition to the hip flexors complex. For instance, each of the hip flexors share roles with other muscles and rarely is compensation isolated to a single checkpoint (i.e. many of the hip flexors may also create hip adduction causing the knees to move inward) (2-3, 5-6). Also, additional testing methods such as the Thomas test, goniometric range of motion assessment, and/or manual muscle testing may be warranted to isolate specific movement impairments within the LPHC to determine the optimal corrective exercise strategy.

For this example, your client only presented a low back arch during the OHSA. When taking the client through the “heels elevated” and “hands on hips” modified OHSAs the client continued to present a low back arch. We can now conclude that the client may have overactive hip flexors and begin to address them.

NASM’s Corrective Exercise Continuum is a four step process requiring that the overactive tissues be inhibited and lengthened, while the underactive tissues need to be activated through isolated-strengthening and integrated movements (6). The hip flexor muscle group consists of several muscles, but focus here will be on just a few: psoas, tensor fascia latae (TFL), and rectus femoris. The likely underactive muscles in this scenario are the hip extensors (i.e., gluteus maximus) and intrinsic core stabilizers (3-6). The following program is a corrective exercise strategy for overactive hip flexors:

The implementation of the four step corrective exercise process can be completed in a very short amount of time. This corrective strategy can be done as part of a warm-up before a workout or as the focus of a training session on its own depending on the amount of time available and the client’s goals. The activation and integration portion can even be done as a circuit.

Remember, with the needs of today’s client and the amount of time spent seated (which isn’t likely to change anytime soon), learning to properly assess and address overactive hip flexors is a powerful skill in helping today’s client move more efficiently and reduce their risk of non-contact injury and/or discomfort. Let the results of your assessments guide you.