Why Friendship Is Great For Your Brain: A Neuroscientist Explains 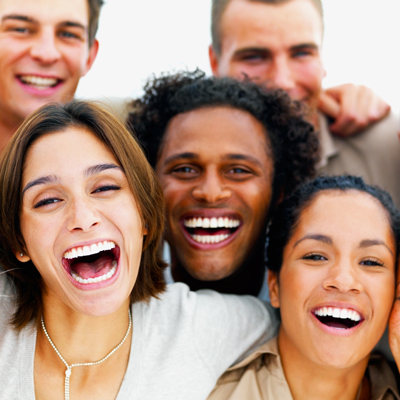 BY DR. SARAH MCKAY
Do you have 150 friends? Because that’s the average number of stable social relationships a person can maintain.

This number has been dubbed “Dunbar’s Number” after the scientist Robin Dunbar, who found an association between primate brain size and average social group size (and don’t forget, you’re a primate). Dunbar’s Number has been translated into the number of people you wouldn’t feel embarrassed inviting to join you for a coffee (or green juice) if you happened to bump into them in a cafe.

It’s a no-brainer that friendship is an essential ingredient in living a fulfilled life. But it turns out that neuroscience has some pretty compelling evidence for the power of friendship in maintaining brain health and well-being as we get older.

Neuroscience research shows that being socially connected protects the brain against the risk of developing dementia.

Women with large social networks (note: this study didn’t include Facebook friends!) have a lower risk of cognitive decline as they age.
Loneliness is associated with more than double the risk of developing dementia.
Participating in many different leisure activities builds brain resilience.
How does interacting with people make the brain resilient to aging?

Neuroscientists often talk about “cognitive reserve.” Cognitive reserve refers to how resilient the mind is to damage or decline of the brain. Think of it as a savings account for the functionality of our brain. It’s the ability to build up a resistance to mental decline and disease.

Having a healthy social life naturally involves thinking, feeling, sensing, reasoning and intuition. These mentally stimulating activities build up our reserve of healthy brain cells, and promote the formation of new connections, or synapses, between neurons.

Those good friends of yours are worth nurturing, because friends will help you live longer, too.

A meta-analysis of 148 studies, including 300,000 people studied over seven years, found that people with strong social relationships had an increased likelihood of survival (yep, they were less likely to die) than those with weaker social relationships.

Equivalent to smoking 15 cigarettes a day
Equivalent to being an alcoholic
More harmful than not exercising
Twice as harmful as obesity
Brigham Young University Professor Julianne Holt-Lunstad, lead author on the study, says, “When someone is connected to a group and feels responsibility for other people, that sense of purpose and meaning translates to taking better care of themselves and taking fewer risks”

Another of the authors, Professor Timothy Smith, points out that modern conveniences and technology can lead some people to think that social networks aren’t necessary.

“We take relationships for granted as humans — we’re like fish that don’t notice the water,” Smith said. “That constant interaction is not only beneficial psychologically but directly to our physical health.”