WHAT IS THE KETOGENIC DIET? (+FOODS, BENEFITS, RISKS): 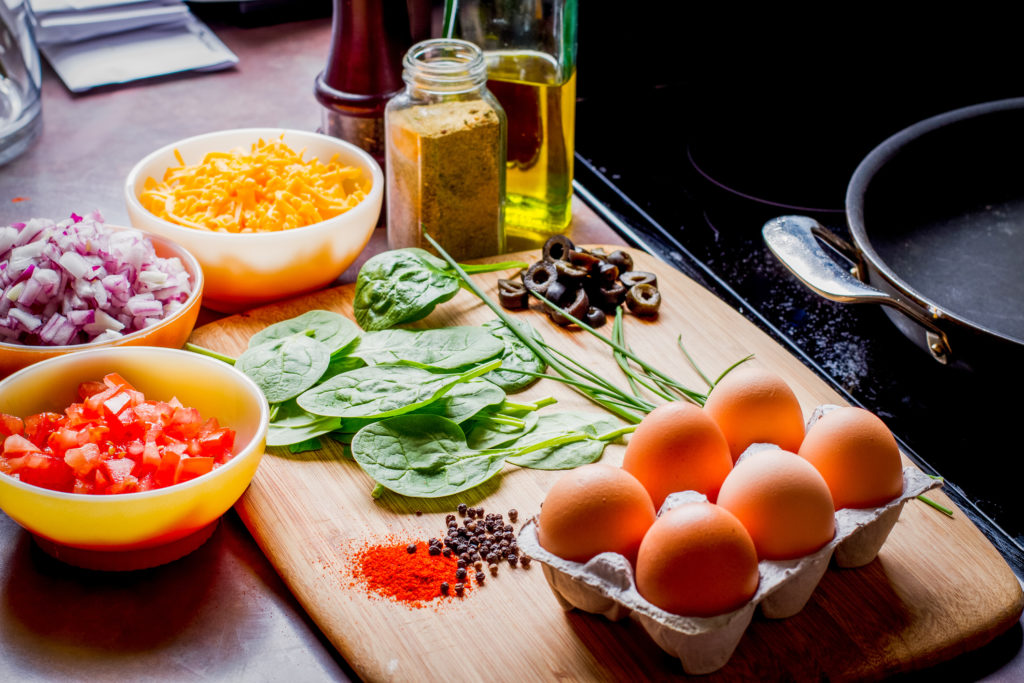 KETOGENIC DIET: SHOULD YOU JOIN THE KETO KRAZE?

In this article you will learn:

WHAT IS THE KETOGENIC DIET?

The ketogenic diet has been used clinically for over 80 years, primarily for the symptomatic treatment of epilepsy in children.  The classic ketogenic diet was developed in the 1920s to mimic the biochemical changes associated with periods of limited food availability.

The diet is composed of approximately 75% fat, 5% carbohydrate and 20% protein, and while it provides adequate protein for growth, it provides inadequate amounts of carbohydrates for the body’s metabolic needs. Energy is primarily derived from the utilization of fats, which are converted to the ketone bodies β-hydroxybutyrate, acetoacetate, and acetone. These ketone bodies serve as an alternative energy source to glucose. In comparison to glucose, ketone bodies have a higher inherent energy.(1)

The majority of meals in a ketogenic diet consist of these foods:

Despite the relative lack of clinical data, there is emerging literature supporting the use of the ketogenic diet for a variety of neurological conditions. These preliminary studies are largely based on the fundamental idea that metabolically, the ketogenic diet may have protective effects on the nervous system. (3)

There are several concerns with following a ketogenic diet for long periods:

Many of the richest sources of fiber (e.g. beans, fruits and whole grains) are restricted on the ketogenic diet. Consequently, ketogenic eaters miss out on the benefits of fiber-rich foods such as regular bowel habits and microbiome support (A healthy gut flora).

Any diet that prohibits you from eating a variety of fruits, vegetables and other foods can leave you vulnerable to vitamin and mineral deficiencies.

Some research suggests that the keto diet can lead to the loss of lean body mass.

It is believed that a ketogenic diet is inadequate in fiber, minerals, vitamins and phytochemicals, thereby increasing risk factors affecting mortality. Because ketogenic diets tend to result in a reduced intake of fiber and fruits, and an increased intake of protein from animal sources (along with cholesterol and saturated fat), the risk for mortality due to cardiovascular disease could potentially increase. Ketogenic diets may also be linked to an array of other chronic health problems. A positive cancer risk has been linked to the intake of animal protein and red and processed meat consumption, both of which are prevalent in the ketogenic diet.

Given the fact that long-term adherence to ketogenic diets are potentially unsafe and that calorie restriction has been demonstrated to be effective in weight loss regardless of nutritional composition, it would be prudent not to recommend low-carbohydrate diets for the time being.(4)

According to Burke, there are several disadvantages to ketogenic diets for sports performance:

●     Ketogenic diets are glycogen impairing vs glycogen sparing, i.e. They adversely affect one’s ability to use carbohydrates for energy.

Ultimately, macronutrients (carbohydrate, fat and protein) should be periodized to facilitate metabolic flexibility so that nutrients can be used preferentially based on activity.(5)

According to the ISSN position stand on diets and body composition, diets primarily focused on fat loss are driven by a sustained caloric deficit. The higher the baseline body fat level, the more aggressively the caloric deficit should be imposed, in conjunction with increased protein consumption to maintain lean body mass. Slower rates of weight loss can better preserve lean mass in leaner subjects. The majority of controlled interventions to date that matched protein and energy intake between ketogenic diets and non-ketogenic diet conditions have failed to show a fat loss advantage of the ketogenic diet. Any advantage of a ketogenic diet vs a non-ketogenic diet for fat loss is potentially in the realm of appetite regulation. (6)

Some studies support the use of supplemental ketones to provide extra fuel and preserve carbohydrates during prolonged exercise, thereby enhancing endurance performance. Exogenous ketones (500 mg/kg) to achieve active ketosis, along with a carb-smart diet, where carbohydrates are optimally consumed for performance, can enhance performance through a combination of fuel sparing and improved energetic efficiency. The performance enhancements are seen in endurance events (e.g. a marathon), but not glycolytic-based sports (e.g. sprinting). It should also be noted that achieving ketosis via dietary means does not confer the same performance benefits and will likely be ergolytic (performance impairing). (7)

SHOULD YOU DO KETO?

A ketogenic diet could be an interesting short-term alternative to help manage certain health conditions and may be an option for weight loss. However, it can be difficult to sustain and is generally heavy on red meat and sometimes includes a lot of processed and salty foods that are unhealthy (e.g. bacon). In addition, at this point we still do not know enough about the long-term health effects.

Ultimately, instead of engaging in a ketogenic diet, a balanced, unprocessed diet, rich in colorful fruits and vegetables, lean meats, fish, whole grains, nuts, seeds, olive oil, and adequate water, seems to have the best evidence for a long, healthy, vibrant life. Carbohydrate periodization is a better approach as it is congruent with one’s energy needs and supports healthy weight as well as optimum sports performance (8)

Want to learn more about the Keto diet and nutrition in general? Become a Certified Nutrition Coach.

For any fitness professional – or anyone in general – looking to venture into the world of nutrition coaching, look no further than NASM Nutrition Certification. It’s your recipe for success.