Weather Got You Feeling Sad? Here are 4 Mood Boosters: 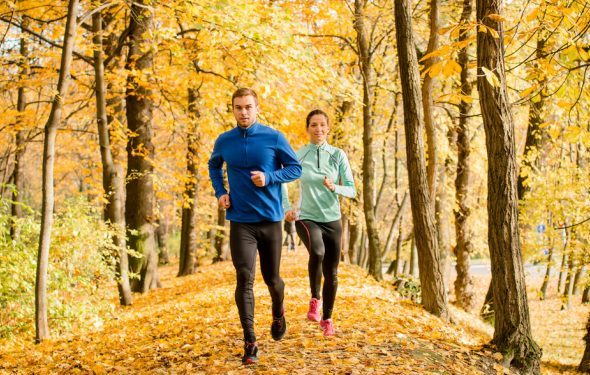 Seasonal affective disorder (SAD) is a combination of biological and mood disturbances typically occurring in the autumn and winter months. SAD is characterized by recurrent episodes of depression, hypersomnia, carbohydrate cravings and weight gain.

Light therapy, pharmacotherapy (antidepressants) and cognitive behavior therapy are common mainstream treatment options, but there are also a number of lifestyle changes that can be “effective” by increasing serotonin, a mood-stabilizing neurochemical.

The proposed mechanism by which carbohydrates exert their mood-altering effect is through their influence on serotonin metabolism.

Intake of n-3 long-chain polyunsaturated fatty acids found in cold water fish such as wild salmon can affect mood via modification of neuronal cell membrane fluidity and the consequent impact on neurotransmitter function.

Polyphenols, natural compounds found in plant-based foods that possess antioxidant properties, can reduce oxidative stress and aid in synaptic function. Because polyphenols have numerous mechanisms in the brain that can affect cognitive and mental health, a diet high in polyphenols (fruits and vegetables) can be used as a strategy to combat cognitive and psychiatric disorders.

Exercise is an effective tool to ease depression due to:

The psychological effects of regular exercise include:

Utilising moderate to intense aerobic activity has a large and significant antidepressant effect and is strongly supported as an evidence-based treatment element for depression.

Middle-aged women participating in resistance training exercise have lower levels of depression and anxiety in relation to sedentary counterparts.

Outdoor light exposure is a potential alternative or adjuvant to conventional artificial light therapy in SAD.

Individuals with seasonal affective disorder were treated for 1 week either with a daily 1-hour morning walk outdoors or low-dose artificial light. The latter treatment did not improve any of the depression self-ratings, whereas natural light exposure improved all self-ratings.

A meta-analysis of 13 randomized clinical trials concluded that supplementation with omega-3 fatty acids, found naturally in fatty fish, has a beneficial effect in patients with major depressive disorder.

Hypericum perforatum (HP) is one of the oldest used and most extensively investigated medicinal herbs. Various clinical trials have shown that HP has a comparable antidepressant effect as some currently used antidepressant drugs used in the treatment of mild to moderate depression and certain forms of anxiety.

In the last decade, research has revealed an extensive communication network between the gastrointestinal tract and the central nervous system, known as the “gut-brain axis.” Advances in this field have linked psychiatric disorders to changes in the microbiome, making it a potential target for treating mood disorders.

SAD is prevalent when vitamin D stores are low. A prospective, randomized controlled trial found that increasing serum 25-OH D to more optimum levels was associated with significant improvement in depression and that vitamin D may be an important treatment for SAD.

SUMMARY OF TIPS TO BEAT SAD