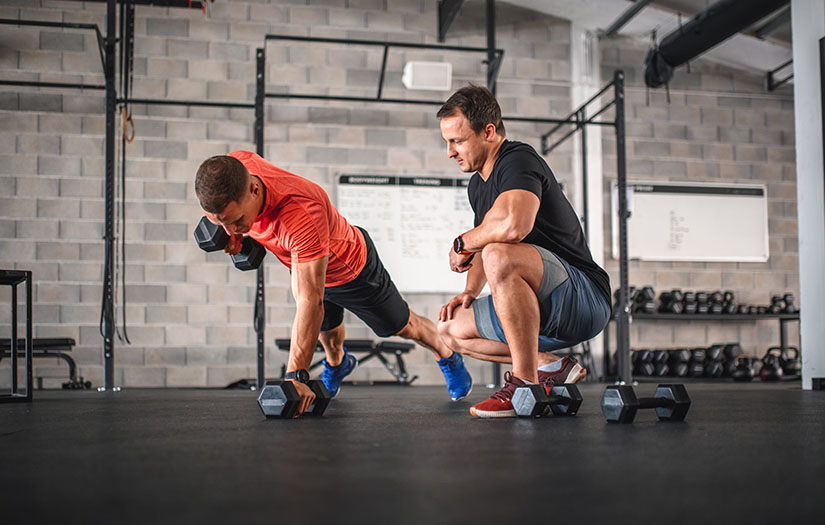 In a world of limitless fitness tech options and gadgets, is it still valid to judge the intensity of your workout based on how it feels? Short answer:

Yes! The RPE scale is a simple, yet surprisingly accurate way to monitor the intensity of exercise.

WHAT IS THE RPE SCALE?

The rate of perceived exertion (RPE) scale is a technique used to express how hard someone feels they are working during exercise. Swedish researcher Gunnar Borg invented this tool in the 1960s to allow participants to consider how they feel during a workout to measure the intensity of their exercise. The scale is just a numerical list with assigned values to describe how the exerciser might be feeling on a range of no exertion to maximum effort.

The exerciser is asked to rate how hard they feel they’re working considering their breathing rate, heart rate, increased sweating, and muscle fatigue. The RPE scale can be used to measure the intensity of a wide variety of activities, such as cardio training, weightlifting, and even the physical demands of a job.

To use the scale, the exerciser is asked to rate how hard they feel they are working on a scale of either 0-10 (1 being very light, and 10 being maximum effort) or 6-20 (9 being extremely light, 20 being maximal exertion), depending on the scale you prefer.

Based on the answer, they can determine whether the intensity of their activity needs to be increased, decreased, or maintained based on their goals.

WHAT IS THE DIFFERENCE BETWEEN THE BORG RPE SCALE AND THE RPE SCALE?

Both scales are a valid way to measure intensity. You may prefer one over the other because it seems easier to use, or it just makes more sense to you. However, both scales do the same thing: they measure intensity based on how the exerciser feels. There are different benefits to each scale when it comes to the type of exercise being performed.

When using the Borg RPE Scale, there is a high correlation between a person’s rating level times 10 and their actual heart rate, although it is just an estimate (CDC 2022). For example, if the person rates their exertion level at 13, somewhat hard, their estimated heart rate will be around 130. Of course, if the person is taking beta-blockers, there will be limitations to the accuracy of this estimation. Therefore, this scale can be very beneficial to exercisers who are doing cardio training and who would like to roughly keep track of their training heart rate.

When using the 1-10 RPE scale, there is a correlation between the person’s rating level and the number of reps in reserve (RIR) or the number of remaining repetitions that the person could do with good form before failing. For example: If the person rates their exertion level at an 8 out of 10, they likely have about 2 reps in reserve. Therefore, this scale could be very beneficial for lifters to use to measure intensity. Here is what measuring RIR using the RPE looks like in chart form:

Powerlifting generally requires low repetitions (1-5) and high load. Some training at RPE 10 (maximum effort) may be appropriate to increase 1 rep-max strength, but it should not be the only intensity trained. Training within a range of RPE 7-10 will allow the lifter to build strength while also allowing adequate recovery for performance.

Bodybuilding generally requires training in the 6-12+ repetition range for muscular development. Lifters should begin each set at RPE 8 with an option to work toward RPE 10 on lifts that are less complex (like single-joint movements) to lower the risk of injury if failure is reached.

For high-volume training in multi-joint movements, like squats or bench press, it could also be beneficial to train in the RPE 6-8 range for most lifts to avoid excessive muscle damage.

For a lifter who is a beginner or who lifts inconsistently, choosing to lift at RPE 6-8 will allow them to get a good workout without being so sore that they can’t walk for several days after the lifting session.

For new lifters, determining how hard they are working may take some practice since they will be less familiar with how their body responds to lifting and the signs of fatigue.

CAN YOU USE THE TALK TEST AND RPE SCALE?

The talk test is an aerobic test that measures the exerciser’s ability to talk or hold a conversation during any activity at various intensity levels. There are three levels of intensity measured during the talk test: low-intensity, moderate-intensity, and high-intensity. These intensities can be matched up to the RPE scale according to how well the exerciser is able to hold a conversation while they are working out.

Bottom line: RPE can be an effective tool for measuring the intensity of any activity, especially as the exerciser gains experience and the ability to self-rate exertion.

Kinsey Mahaffey, MPH, is a Houston-based fitness educator, personal trainer and health coach who developed her commitment to lifelong fitness while playing Division I volleyball. She’s passionate about helping others cultivate a healthy lifestyle and enjoys educating other fitness professionals who share this vision. She’s a Master Instructor and Master Trainer for NASM.