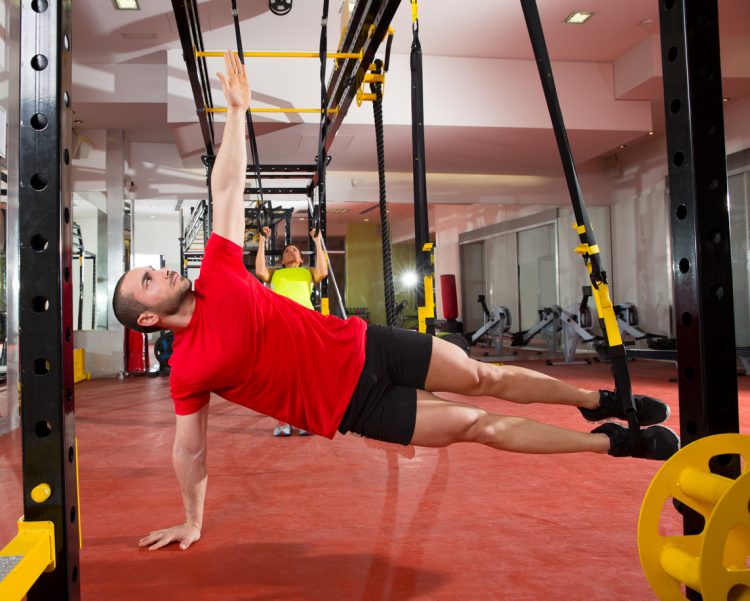 Range of motion is an important part of any conditioning program. Increasing flexibility improves joint motion, while a decrease in flexibility results in less motion at the joint. Enhanced flexibility can provide many benefits, including a decrease in the occurrence of injury, pain relief, and advances in athletic performance.1

A current hypothesis in the medical literature predicts that increased stiffness of the hamstrings is a method used by the body to compensate for insufficient core stability.3 According to Kuszewski et al. the opposite may also be true. In his research, he hypothesized and defended that improved performance of core stability would result in increased flexibility of the hamstring musculature.3,4

The core can be specifically described as a box or a double-walled cylinder with the abdominals as the front, paraspinals and gluteals as the back, the diaphragm as the roof, and the pelvic floor and hip girdle musculature as the bottom.5 Core stability exercise programs target these muscles to help improve the overall function of the spine and body during activities of daily living, where it provides “proximal stability for distal mobility.”6 Research studies have demonstrated the importance of core stability in relation to the treatment of low back pain and sports conditioning programs, and now more recent research demonstrates a significant correlation between core stability and the range of motion of the lower extremities, specifically the hamstrings.

It is important to note the difference between core stability and core strength. Core stability is defined as the ability to stabilize the spine because of muscle activity, whereas core strength refers to the ability of the musculature to produce force through contractile forces and intra-abdominal pressure. It is suggested that in order to develop total core stability, training should include a range of exercises performed to challenge the core musculature in all three planes of movement.7 Muscle endurance is valued over muscular strength for core stability. Exercises such as the curl up, bird dog, side and front support and loaded squat are recommended to develop core muscle endurance, since these exercises challenge all of the anterior, lateral, and posterior trunk muscles.7 Training the core muscles is ultimately found to cause structural changes and neural adaptations of the muscles which benefits performance by increasing the possible force generation, CNS facilitation, intrinsic muscle stiffness and tissue mobility.7

To further examine the concept of core stability training and its applications for sports conditioning programs, Willardson conducted a systematic review. Willardson stressed that the stability of the lumbopelvic region is crucial to provide a foundation for movement of the upper and lower exteremeties.8 The concept of core stabilization was broken down into 3 subsystems of stabilization; passive muscle, active muscle, and neural, with the active muscle subsystem further divided into global (large superficial) muscles and local (small deep) muscles. He addressed the common misconception that smaller local muscles were believed to be involved primarily with core stability whereas the larger global muscles are related to force production. This mistaken belief has prompted ineffective training strategies that are designed to train the local and global muscles separately in nonfunctional positions. The correct training methods for core stability should include training both groups. This is because the local muscles contain high densities of muscle spindles and function as kinesiological monitors, providing the neural subsystem with proprioceptive feedback to facilitate co-activation of the global muscles to achieve overall spinal stability. 8

With the results of these recent studies and the concept of true core stability, those wishing to increase range of motion in hip flexion and knee extension should incorporate core exercises that challenge endurance in all planes. Static stretching is still a recommended component, but an added focus on core stability exercise at least 2 times per week has resulted in significant increases in hamstring length.3,4,9

Here are some core exercises that simulate the ones used in the studies reviewed in this article: