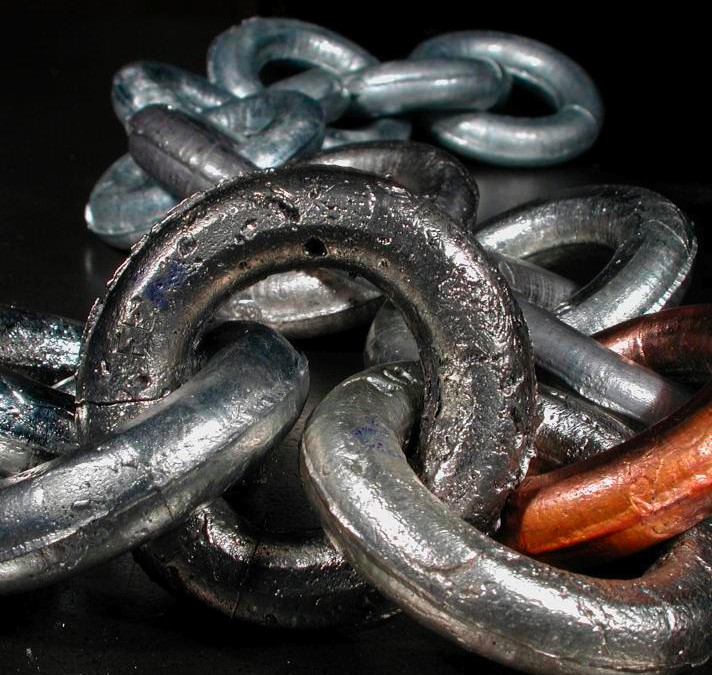 Trained athletes and clients alike are monitoring their intakes and percentages of critical fuels – carbohydrates, fats, and protein – but are potentially falling short on their micronutrient needs. These trace players in the diet can have a significant impact on overall performance. Athletes and clients are pumping plenty of iron in their training programs, but are they getting enough of this key mineral in their diet to reach the performance levels they are chasing?  Iron is just one example of a micromineral that has been shown to either decrease or improve endurance performance, depending on an athlete’s iron status (1,2,3).

Iron plays an important role in energy metabolism. It is a critical component of hemoglobin and myoglobin, the two main proteins in charge of delivering oxygen to the body (4,5). Hemoglobin is found in red blood cells, and facilitates the transfer of oxygen from the lungs to the body’s tissues. Myoglobin resides within muscle cells, and is responsible for intra-cellular O2 transport and temporary oxygen storage (4).

Iron also supports immunity and development as a component of proteins and enzymes that fight oxidative stress, and helps synthesize DNA, connective tissue, and some hormones (4,5).

The adult human body contains 3-4 grams of iron, most of which can be found in hemoglobin. The remainder is stored in the spleen, liver, bone marrow, and myoglobin, either in the form of ferritin or hemosiderin (4,5).

Having an iron deficiency, or in severe cases, anemia, can be detrimental to athletic performance and overall health. It limits the body’s capacity to carry and deliver oxygen, thus stunting potential maximal oxygen uptake (VO2max), or work capacity. Poor iron status is also associated with higher blood lactate concentrations during exercise (1).

Oregon State’s Micronutrient Center describes three levels of severity in iron deficiency, which are described below (5). Iron status can be determined through a simple blood test analysis of serum ferritin and hemoglobin (2).

Iron stores are depleted, but functioning iron is still intact. No declines in athletic performance or general health are noticed at this stage (5).

Hemoglobin is compromised, and will appear low (<13g/dL in men, and <12g/dL in women). IDA is associated with fatigue and a reduced ability to do work. It is more common in athletes and chronic exercisers than in the general population consuming a mixed Western diet. Iron supplements are typically prescribed to treat IDA (2).

People at Risk for Iron Deficiency

In general, people exhibiting the highest risk for iron deficiency and anemia are women, runners, and vegetarians. Much of their risk is associated with poor dietary iron intake and low daily caloric intake (1).

Runners, and other trained athletes are at risk for a sports-related anemia caused specifically by heavy training. Iron-depleting training effects include mechanical hemolysis (physical sheering of red blood cells often seen in runners), intestinal bleeding, hematuria (blood loss in urine), and sweating. Heavy menstrual loss is an additional cause of negative iron balance in female athletes (2).

Athletes seeking hypoxic conditions to increase their red blood cell density (and enhance endurance performance) are at an even greater risk for iron loss (6).

The body’s increased demand for oxygen at altitude stimulates erythropoiesis, or the formation of new red blood cells. This in turn creates an increased demand for ferritin to develop new hemoglobin. Both male and female athletes have demonstrated reduced serum ferritin levels during training at altitudes between 7,000 and 8,000 ft. (6), and such deficiency has been shown to completely inhibit erythrocythemia, or increases in red blood cells (6).

It is suggested that athletes should check their iron status prior to altitude training, and improve their levels if necessary before undergoing hypoxic conditions (6). Anemic individuals, in particular, should consider iron supplements beforehand (7).

The recommended daily allowance (RDA) for iron seems to be sufficient at altitude since iron losses tend to enhance the mineral’s absorption (7). However, athletes attempting to increase their red blood cell count (even those with normal iron levels) may benefit from a supplement (2), particularly women, who are at higher risk than men for iron-deficiency (7).

Iron is a mineral that occurs in many foods, such as beef, poultry, seafood, beans, and green, leafy vegetables. It’s also commonly added to cereals, breads, and pastas produced from corn and wheat flours (8).

Dietary iron is broken down into two types, heme and non-heme (4). Iron-containing animal products (meat and seafood) contain heme iron, 5-35% of which the body is able to absorb. Heme iron’s absorption is only inhibited by the presence of calcium, and is enhanced by animal proteins, making it more bioavailable than non-heme iron (1).

Non-heme iron is found in meat products as well, and also in some vegetables, fruits, nuts, beans, and grains (4). By contrast, only about 2-20% of non-heme iron is absorbed, due mainly to the fact that it has more inhibitors reducing its bioavailability. Non-heme iron is also inhibited by calcium, and additionally bran, cellulose (fiber), pectin (in ripe fruits and vegetables, and jams), phytic acid (in grains and beans), and polyphenols (cereal, beans, tea, and coffee) (1).

Consuming vitamin C or meat in the same meal with non-heme iron enhances its absorption. For persons with iron deficiency, the body also has a built-in enhancement mechanism, which allows for much greater iron absorption than say just adding an orange to your meal (1).

The RDA for iron varies depending on a person’s age and sex (4). These recommendations are considered sufficient for healthy persons as well as non-anemic athletes.

The Cleveland Clinic lists the following foods as great sources of both heme and non-heme iron (9). Due to inhibitors within non-heme iron sources (like the calcium in spinach), eating a citrus fruit, yellow bell pepper, or other vitamin C rich food will improve absorption (1).

Since iron supplements can have undesirable side effects and absorption issues, they’re not recommended unless an athlete has been diagnosed with IDA, and is being professionally monitored and supervised. Higher doses (> 50 mg/ day), in particular, can cause upset stomach and constipation, which has been shown to decrease compliance in female athletes (1). Athletes in training are advised to pay closer attention to their diets, and consume more iron-rich foods to avoid deficiency (1).

It’s important to also consider that multivitamins typically contain about 18 mg of iron (4). An additional supplement given to non-anemic athletes (depending on the dose) could have ill health effects since “free iron” has been associated with oxidative stress during exercise (1,5).

The only populations other than IDA athletes that may benefit from an iron supplement are those that are intentionally undergoing hypoxic conditions to increase their red blood cell density (2).

Considerations for getting the highest supplemental iron absorption include limiting concurrent intake of tea, coffee, and calcium, and choosing a supplement that doesn’t contain calcium salts (1). Also, lower iron doses at 39 mg have been shown to cause less gastrointestinal distress in female athletes (1), which may improve compliance.

It seems that the obvious, and worthwhile intervention for decreasing the number of athletes affected by sports-related aenemia is helping them improve their dietary iron intake. Advising athletes and chronic exercisers – particularly women, runners, and vegetarians – to seek nutrition counseling and regular iron testing (1), may be the key to preventing iron-deficiency, and the resulting reductions in athletic performance.

Jena Walther is an Exercise Physiologist at the Scripps Centre for Executive Health in La Jolla, CA, where she performs fitness testing and provides health counselling for local, national, and global company executives. She is also an independent Personal Trainer, and Contributing Blogger for the app-based fitness company, Wildfire Life. In her career as a Trainer and Strength Coach, Jena specialized in creating elderly fitness programs for active and rehabilitating seniors, as well as corporate wellness initiatives, serving local companies such as Qualcomm and the National MS Society, Pacific South Coast Chapter. Jena received her Master’s Degree in Exercise Physiology from San Diego State University, and is a certified Health Fitness Specialist through the American College Sports Medicine.