Get Fast: This SAQ workout will help clients fast-forward to the next level! 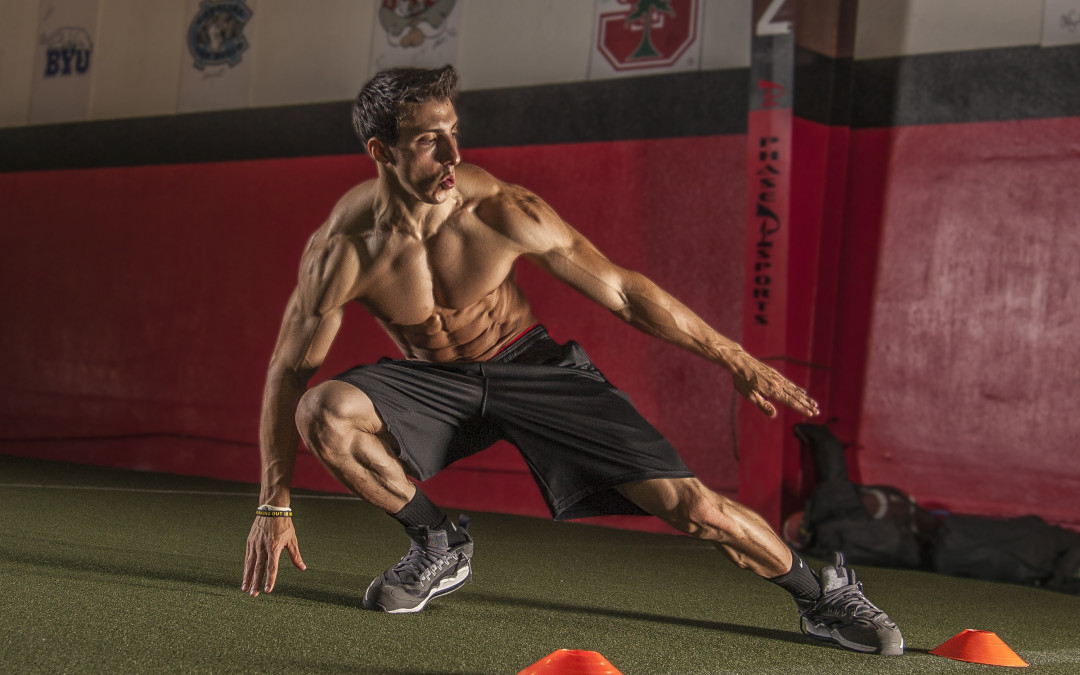 Every client can benefit from improved agility and quickness, whether they are a grandmother chasing after her young grandchildren, an obstacle-course enthusiast, or an aspiring triathlete.

“SAQ develops necessary adaptations for everyone,” says Ian Montel, MS, NASM-CPT, CES, PES, who crafted the following workout. “As with all training, however, you should do a thorough assessment of your clients and modify the exercises to match their training level and needs.”

Keep in mind that proper technique is vital for improving efficiency and increasing speed. “While getting technique down can be tedious work, the drills can easily be implemented into a dynamic warm-up sequence that will achieve two goals at once,” says Montel. Here’s what he recommends.

Start with self-myofascial release (foam rolling) to loosen up any tight muscles. Then warm up with movements like the ones the client will be doing during the workout. For the warm-up drills here, and during all the movements in this workout, emphasize form in the upper and lower body. Have the ankles in dorsiflexion, especially with the lead leg. The body should have a slight forward lean as though the client is “falling” forward. The elbows should have a close to 90-degree bend throughout the entire range of motion (except for Side Skips).

Skip with high knees. As the leg is brought down, finish with a slight pawing motion with the ball of the foot as it strikes the ground and starts to pull backward. Initiate the pull from the glutes and fully engage the hamstrings in the motion.

These are like the A Skips, but when the knee is at its highest point, extend it so the leg is pointing almost straight forward to stretch the hamstring. Then pull the leg down toward the ground to exaggerate the pawing motion.

Skip side to side, bringing feet together and then shoulder-width apart during the movement. Swing arms out and in, crossing them in front of the body while skipping.

From a jog, bound as high as possible using a running form with a high-knee lift.

Run forward with short strides, pulling heels up directly beneath legs, trying to kick the buttocks with each stride.

Drive leg into the ground and then let it spring up to waist height.

Quick feet and maintaining balance is what agility is about. These drills can drive it home.

Keep shoulders facing forward. Push off with the left foot, and cross it behind the right. Bring the right foot over in front of the left. Then push off again with the left foot, crossing it in front of the right. Bring right foot out, behind left. Repeat. Ladder option: Try the carioca as a ladder drill, with a foot stepping into each square throughout the movement. For more on basic ladder drills, see “Try This: Ladder Drills.”

Setup: Set three cones about 10 yards apart from first to last. Start at the middle cone, with cone 2 to the left and cone 3 to the right.

Sharp reflexes improve speed in everything from returning serves to sidestepping unexpected obstacles on a run.

Setup: Have your client stand about 5 yards away, facing you. Mark the spot with a cone if one is available.

Drill: Toss the ball on the ground or in the air to your client. Their job is to catch it and get it back to you as quickly as possible. Throw the ball in all different directions (and never in the same spot) for 30 seconds.

Setup: Place four cones about 5 yards apart in a square. Have your client stand between two of them while you stand between the cones directly opposite him/her.

Drill: Assume an athletic stance and shuffle in different directions between the cones while he/she mirrors your movements for 30 to 60 seconds.

These drills develop the neuromuscular connections that increase efficiency and speed.

Lean forward until the center of gravity is lost. Then sprint at full speed for 10 to 20 yards, maintaining the forward lean.

Drill: Run at 50% speed between the first two cones. At the second cone, increase to 75% speed. At the third cone, hit 100% speed. Run at full speed through the final cone. Practice progressive acceleration, so that you gradually increase speed across those 10 yards.