CORRECTIVE EXERCISE – THE IMPORTANCE OF SLEEP AND RECOVERY: 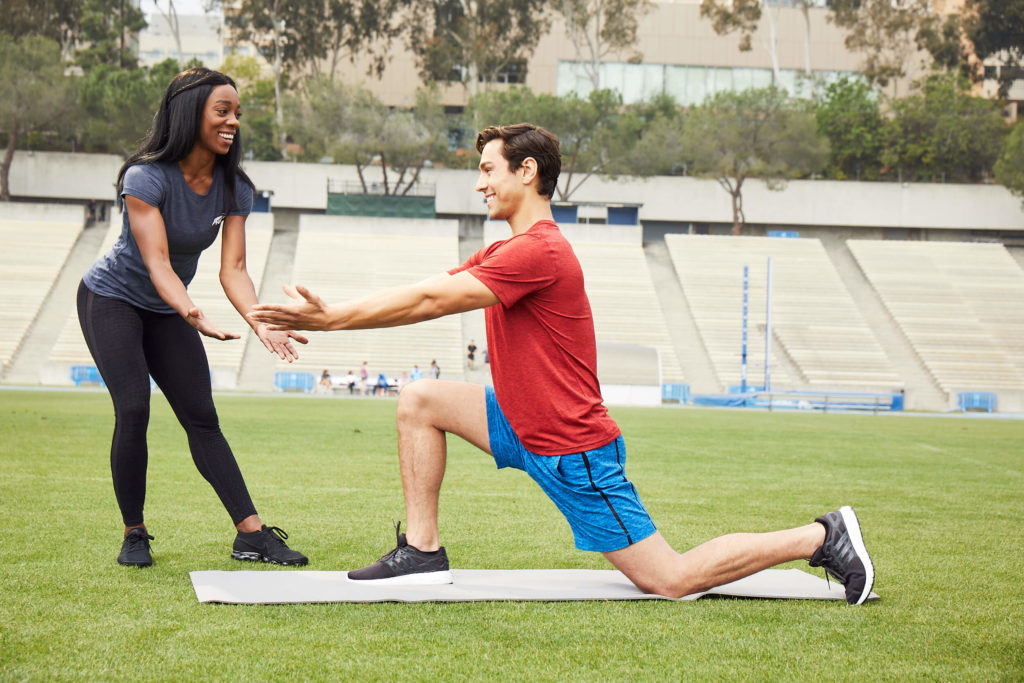 When we think of corrective exercise, we often picture the process of trying to correct a less than optimal movement pattern with rolling, lengthening, activation, and integration techniques. Improving movement quality requires an individual to inhibit and lengthen overactive muscles while activating and strengthening underactive muscles. The individual then finishes it off with integrated movement patterns (i.e., “exercise”) to re-learn the new pattern. However, any neuromusculoskeletal correction must, first and foremost, include healthy tissues and a healthy mindset. As we will review here, two primary components of any all conclusive corrective program are recovery and sleep.

A vital component to improving how a client feels and functions is optimal recovery strategies. “Recovery” is one of the many words in our industry with several meanings. To some, it may be the time directly after a training session, while others may see it as the time spent not in the weight room. Recovery can apply to both. It is defined as an “inter- and intraindividual multilevel process for the re-establishment of personal resources and their full functional capacity” (Kellmann & Beckman, 2018, p. 5).

Further, this definition purports that recovery is multidimensional in that it can require many techniques (e.g., foam roller, compression, oxygen chamber, etc.) and even the use of other persons (e.g., massage therapists; physical therapists; athletic trainer, etc.). The goal of any recovery strategy is to reduce the amount of time it takes for the body to be to return to baseline or to get better. Thus, recovery should not be viewed simply as methods to eliminate soreness, per se, but as a planned strategy to optimize the time between training periods to come back stronger than when you began.

A vital component of any recovery strategy is that it should be a time planned for engaging in specific procedures. For example, reserve 10-15 minutes to foam roll and stretch after all training sessions. A quick note on rolling post-exercise, to facilitate recovery, roll the muscles that performed the most work. For example, on ‘leg day,’ plan to roll the prime movers, such as the calves, quadriceps, and glutes at a minimum. Employ a continuous, slow-rolling strategy – up and down the length of the muscle – to help reduce soreness. It is important to note that this does not eliminate pain but appears to speed up the recovery process (Macdonald, Button, Drinkwater, & Behm, 2014). Further, this technique may deviate from the ‘rolling short and overactive muscles all time’ we are accustomed to following. Still, if the goal is to optimize recovery, the continuous rolling should be emphasized after training.

Lastly, regarding recovery, it is crucial to understand and integrate the role of movement. Contracting muscles are the body’s natural, mechanical methods to flushing out metabolic byproduct, which plays a role in speeding up recovery. Planning simple movement sessions between high-intensity sessions is a great way to program to optimize recovery. One of the best ways to reduce soreness between exercise sessions is through low-intensity exercise (Cheung, Hume, & Maxwell, 2003). The authors stated that such activity should be natural and rhythmic total body movements that engage muscles and serve to engage and move fluids throughout the body effectively. The actions should be familiar as not to impose any novel challenge, which may increase the chances of delayed onset muscle soreness. Such a program may look a lot like a Corrective Exercise routine, including foam rolling, static, or neuromuscular stretching, followed by total body movements (integrated exercises).

Optimal recovery requires a favorite activity among many young humans, sleep. Many motivational speakers and entrepreneurs seem to brag about forgoing sleep to get ahead of the competition. However, noted neuroscientist Dr. Walker had been quoted as saying, “sleep is probably the greatest legal performance-enhancing drug that few are abusing enough” (Gatto, 2019, para. 1). Tennis superstar Roger Federer reportedly sleeps an average of 12-hours per night (Gatto, 2019). The fact is, it is IMPOSSIBLE to perform, recover, and grow without adequate sleep. Everything in the body (soft tissues, neural tissues – including brain and CNS) must recover after intense training. Numerous studies have indicated that people require proper sleep for optimal cognitive, motor, and physiological functions (Morris, Aeschbach, & Scheer, 2012).

The body releases hormones that are vital to recovery at night. One, in particular, is the human growth hormone (HGH). Morris et al. (2012) have indicated that prior researchers have found a “growth hormone surge” that occurred about every two-hours during prolonged sleep. Growth hormone acts on many tissues to help promote healing, recovery, and growth, but it also helps to raise other hormones vital to recovery, such as insulin-like growth factor (IGF-1).

Proper sleep also influences the body’s response to stress and nutrition. In one study, sleep-deprived men were shown to have impaired glucose metabolism, decreased testosterone, and increased afternoon cortisol (Reynolds et al., 2012). Further, the impaired glucose was most notable via a decreased response after breakfast, thus potentially reducing the optimal effects of the nutrients ingested. You know what they say, breakfast is the most important meal of the day – unless you’re practicing intermittent fasting, of course. The authors concluded that if the sleep-deprived hormone profile occurs repeatedly, it might increase the risk for type 2 diabetes. All of these factors could impact recovery as they indicated an impaired hormonal response throughout the day.

Lastly, proper sleep is vital to making decisions that may directly promote optimal recovery – through nutrition. Researchers found that men and women deprived of sleep were much more likely to make poor nutrition choices (Greer, Goldstein, & Walker, 2013). The participants in the study showed a much stronger neuronal response to “junk” food when they were sleep-deprived. The effect is believed to be due to a decrease in executive function (i.e., the inability to make the correct but often more difficult nutrition decision). Poor sleep is not a one-time event, as it can easily negatively influence daily decisions. Given the importance of nutrition on recovery, a sleep-deprived diet is not likely one that optimizes tissue healing or any performance.

Corrective exercise is a multidimensional and multimodal process that requires much more than just healthy movement patterns. To genuinely correct a dysfunction, one needs to adopt other healthy habits. Integrating proven recovery strategies and emphasizing high-quality sleep are two such healthy habits that could be the missing link to a struggling corrective program.