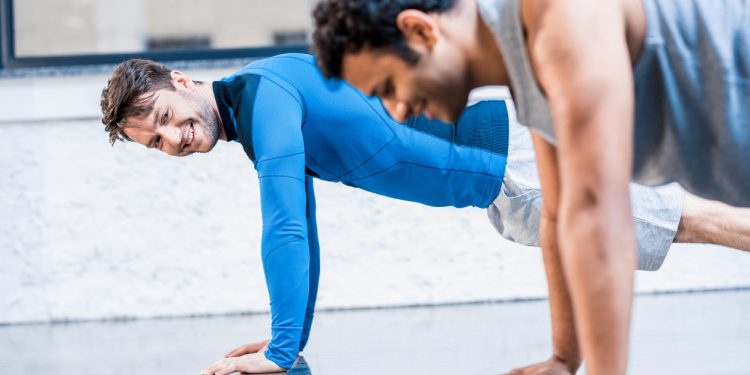 A high school athlete walks through our doors and we can see their strength, stability and biomechanical control deficits from their gait pattern. We’ve also had collegiate and professional athletes come to our facility with the same issues. The only differences between that young, beginner athlete and the older, elite athlete are that the elite athlete has typically maximized and benefited from their gifts and masked or hidden the compensations and weak links much better. The result is that we often get athletes coming to us because they can’t figure out why they got injured.

It doesn’t sound sexy, but from this common scenario, it can be stated that training to avoid injury should be a priority and training to maximize performance should be secondary (Kucera 2005). What’s one of the primary reasons successful teams are successful? Is it their athleticism? Power? Conditioning? According to a study done by Hägglund, et al. and presentations by Nelson, A. & Padua, D. 2016, it’s the teams that keep more of their players on the court or field through the majority of the season. Surprised? Granted, you have to have a fairly decent pool of talent, good coaches, etc., but even if you’ve got the best team in the nation but all your athletes are injured, the team’s not likely to win.

Two qualities lacking with many athletes are strength and motor or movement competency (said another way: movement quality).

Therefore, if you put both the quality of proficient movement with the right muscles acting on the right joints at the right time together with a high degree of strength supporting that pattern, the outcome or whole is EXPONENTIALLY better than the individual pieces.

Great…if that’s true. So, which training exercises move to the forefront that addresses these issues of quality and quantity? It’s always hard to narrow it down when people ask, “If you had to give me your top six favorite exercises, what would they be.”

How can we pick six top patterns?

Why I would recommend the following lifts (beyond the reasons listed above)?

Are these six lifts the end all answer? No, but let’s get great at some basics that incorporate as many good qualities as possible.

Why:  Single leg squat strength has great implications for function in running, cutting, jumping, acceleration, deceleration and ACL injury reduction, especially since most athletes move on one leg at a time. This exercise works on balance, proprioception, foot strength and stability as well as triplanar hip stability.

If the athlete is not capable of true single leg squatting, a split squat is a wonderful way to progress into this pattern.

Do you want video links for these as well?

Why:  Staying on the theme of unilateral training, this exercise allows the athlete to train the posterior chain muscles of the gluteus max and adductors. These two groups are typically underdeveloped and play a large roll in leg and hip power for acceleration, max speed, and deceleration patterns. Underdeveloped glutes can also cause injury situations stemming from synergistic dominance problems with hamstring overuse. (NASM PES)

This is another option as it recruits the posterior chain muscles of the thigh allowing the glute to still work while also integrating the balance and contralateral motion components.

Why:  This integrated move allows the athlete to train from head to toe with unilateral positions within the exercise as well as scapular stability work. It’s also a closed chained pattern that typically allows for more natural shoulder movements (improved scapular rhythm) to occur and makes it less likely/more difficult to overload the pattern or shoulder (unlike barbell or even dumbbell pressing at times). Finally, it allows the athlete to integrate contralateral patterning, movement in the frontal plane, and extra work on anti-extension, anti-rotation spinal stability.

Frequently athletes are unable to control their bodyweight in a push up If you are working with a beginner, elevating the hands (e.g., on a bench) allows the athlete to brace and utilize the glutes for stability.

Why:  This exercise targets grip strength, unilateral and scapular stability, emphasis on mid/lower trapezius and rhomboids, and balancing pushing to pulling strength. Putting athletes in a position that requires focussing on grip helps both scapular stability and decreases the risk of lifting weights that are too heavy. Simply stated, if the athlete can’t hold on, they will cease the exercise and not put themselves at risk. This is not always true with exercises like lat pulldowns or cable rows. Further, with a load in only one hand, the athlete will get more anti-rotation work and also allow them to feel and learn how to pull and stabilize their scapula and spine all the way through the posterior oblique subsystem through the contralateral glute max to the ground. (NASM PES).

Either of these options can be utilized if a suspension device is not available.

Why:  This is a simple whole body explosive pattern that allows the athlete to experience triple flexion, triple extension, load and decelerate in single leg support and then get a single leg jump and stability landing as well. The value here is getting both an upper body explosive action that translates into most overhead throwing or hitting sports and two unilateral decelerated landings with a one leg jump all in a low-risk pattern.

If no medicine ball is present or the movement is too complex, it is always best to break it down, make it simple and get great first.

Why:  There is a fair amount of information coming from the physical therapy world discussing the importance of the core’s ability to resist unwanted lumbar extension as well as rotation and being able to control and create rotation when desired. (NASM PES, Boyle) Gaining the ability to avoid rotation and extension is a simple and safe precursor to redirecting and creating rotation, so emphasizing the anti-rotation component early in the set or phases is a great primary goal. The additional benefit of the split stance is that it allows the athlete to stabilize in an asymmetrical position similar to running, lunging, and cutting, as well as practice utilizing the trail leg gluteus max as a lumbar stabilizer.

Optional: Anti Rotational Chop only (or from a kneeling or half-kneeling position to limit the degrees of freedom).

A great option especially if there might be any compensations or questions about your athlete’s ability to control rotation.

Be a coach of change and forward thinking and cautious to embrace current trends. Be a coach that avoids the common mistake in performance enhancement of maximizing strength and power development without training and educating your athletes on how to control it.

*These recommendations do not preclude the need for a full movement assessment to identify the quality of movement, the range of motion, stability, and compensations. This will help determine IF these exercises are appropriate or if there should be modifications made as well as what corrective exercise programming should be done to maximize the movement quality we have already discussed.