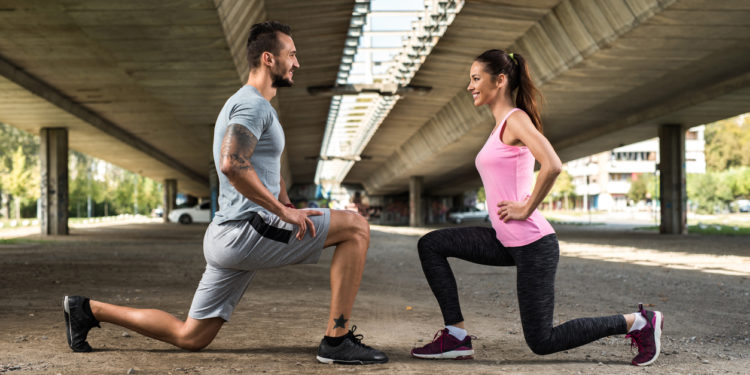 It’s time to take a turn for the better with rotational training plans. These 3 steps will show you how to apply this directional change with all of your clients.

Our ability to change direction is one of the most underappreciated capabilities we perform EVERYDAY and ALL day. It started when you first sat up in bed and rotated your leg off the mattress to place your foot on the floor. You may have turned towards the hook on the wall and reached for your keys. Your dog or cat may have nuzzled up to your leg as you turned and squatted in their direction. Multiple times a day we turn, we rotate. Like a clock face, we reached towards three for our cup of coffee, we reached toward seven thirty for that folder we just dropped. We did more things to move at off angles than we did straight ahead.

With this being the case, it only makes sense that we challenge our bodies with exercises and movements that we regularly do. Incorporating multidirectional or turning movements into the workout plan isn’t as difficult as some may think. No need to throw out the current workout plan. All you’ll have to do is use some imagination and patience as you gradually build out a comprehensive program that takes direction dominant workouts and gets you better at what you do every day. Here are 3 simple steps you can take to create a multidirectional fitness plan.

MOVE OFF THE MACHINES

First, selectorized machines definitely have their place but also have limitations. If on a selectorized piece of equipment, such as a chest press, leg press or knee extension, you are usually seated with a supporting back pad. Most machine-based manufacturers create equipment that typically dictates the direction of resistance, with the exception of hybrid pieces that use cables and pulleys from the same seated positions.

Switching off of this type of machine equipment, you allow yourself more degrees of freedom by not letting the machine tell you where to go. Here are alternative movements for seated selectorized exercises.

If looking at a compass, we’re usually doing things towards the north. In other words, we tend to go forward, north, or backward, south. An example of this might be a forward lunge and a return to the starting standing position. Take that same lunge, but instead of going forward, make a simple change and take a side step to the west (or east) with both feet still pointing in the same forward direction (aka: lateral lunge). Another alternative is to rotate out and turn your step toward the west (or east) position, the stance leg still pointing forward with lunging foot turned towards the west (aka: multiplanar lunge). The change of direction is guaranteed to challenge the hips and torso more than it’s been challenged with sagittal plane moves for stability and postural control.

The direction of resistance doesn’t always have to be from behind, like standing in front of the cable machine to perform a cable chest press. You can bias your position relative to the cable machine by standing more towards one of the pulleys. Even though you may be performing the chest press with a forward motion the resistance is now coming from an off angle. With this approach, you are performing an “anti-rotational” movement by not letting the resistance turn you towards the pulley. This difference of directed resistance can be applied to other moves, like in a standing dual cable low row, by offsetting the position relative to the pulleys. The use of cables is just one example of performing anti-rotational movements.

Another example of performing this is by offsetting loads of resistance. Perform a “Farmer’s carry” where you walk a given distance holding two implements of choice, such as dumbbells, kettlebells, ViPRs or sandbags. Instead of carrying the traditional identical weights in both hands, have one hand holding a significantly greater weight than the other. For example, in the right hand, you carry a 10-pound dumbbell while the other is holding 30 pounds. Take it one step further and carry differently weighted implements, a dumbbell in the right hand with a sandbag in the left. Repeat the use of the same different loads, just change hands to balance the workload for that session. This asymmetrical load or implement technique now challenges the body from a vertical direction.

Training to incorporate rotational movements do not have to be as obvious as doing cable woodchops or a dumbbell PNF pattern Small subtle changes are enough to challenge the body to prepare the client for the loaded movement patterns we do every day but don’t think about. No one thinks about training to lift a bag of pet food from the ground over the shoulder but these are the things we do and don’t think about. As fitness professionals, we are classically trained to evaluate positions and demands of our client’s lives. Let’s not forget that training is not just to counter the static positions or common postures they do throughout the day, but to prepare for the transitional movements from one posture to the next. I’ll guarantee you that your client had to turn to do it.