THE VALUE OF VO2 – HEALTH MEASURE OR PERFORMANCE MARKER?: 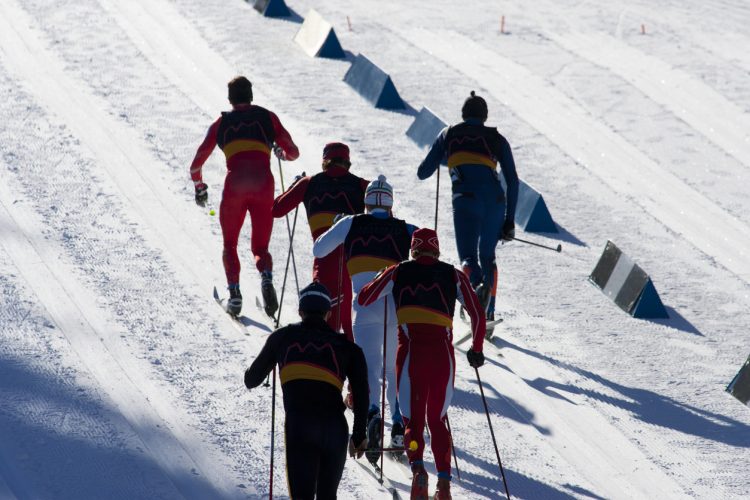 The Nordic combined, a combination of cross-country skiing and jumping was one of the original five sports at the first-ever Winter Olympics held in France in 1924. To this day, endurance sports like the biathlon, cross-country skiing and the Nordic combined continue as bastions of the quadrennial event and, in fact, the six most decorated Winter Olympians of all time are all aerobic athletes who participated in these grueling endurance races. But, considering how the Winter Olympics are generally held at higher elevations where oxygen pressures are lower than at lower elevations, it does raise questions over how these environments impact VO2 and subsequently their aerobic training and performance, and whether these high-elevation athletes are any different from their summer counterparts who generally live and train at lower-elevations?

To understand these questions and more, we need to first dig a little deeper into the science and value of measuring oxygen consumption or VO2. This article will examine some physiology, application and the value of measuring VO2 given how this parameter is often considered synonymous with athletic performance.

Oxygen utilization holds great relevance in understanding human metabolism. The amount of oxygen consumed (at the cellular level) reflects energy utilization and the amount of work performed by the body. Of interest is maximal oxygen consumption or VO2max, which is also referred to as peak VO2. In its simplest form, VO2 is the difference between oxygen inspired and oxygen expired in a unit of time (e.g., one minute), and VO2max would be the greatest quantity the body is able to consume. Two measures are frequently used in science; absolute VO2 and relative VO2. As the word denotes, absolute VO2 reflects the total (absolute) amount of oxygen consumed by a body, regardless of size, age or gender whereas relative VO2 indicates that score corrected to some reference, which happens to be a unit of mass or one kilogram (1 kg.). The units of measurement are all metric:

Both absolute and relative VO2 provide valuable information. Considering the role of oxygen in metabolism (i.e., to burn fuels) quantifying the total amount of oxygen consumed provides an estimate of calories expended. While not exact, scientists use an average of five (5) calories for every liter of oxygen consumed. Therefore, if Mary was running on a treadmill and consuming 2.0 L/min, she would be expending 10 kcal per minute or 200 kcal over a 20-minute period. Unfortunately, absolute VO2 scores cannot be used to compare individuals against each other or against norms (i.e., occupational requirements) given the many differences that exist, especially in body weight (a heavier person burns more oxygen at rest). Consequently, absolute VO2 scores are converted to relative scores for purposes of comparison. For example, is Peter who weighs 200 lbs. (100 kg) with a VO2max of 4.0 L/min more fit than Jane who weighs 125 lbs. (56.8 kg) with a VO2max of 2.5 L/min (Table 1-1)?

VO2 is either measured directly using gas analysis (i.e., analyzers that sample gas volumes and concentrations) or estimated indirectly from work performed (e.g., treadmill speed/grade) or from sub-maximal heart rate responses. Regardless of the assessment technique, VO2max has long been considered a predictor of maximal exercise performance (i.e., higher VO2max scores imply greater athletic performances). As illustrated in Figure 1-1, this is not true. The VO2-work slope demonstrates a somewhat linear relationship with incremental work (A-B) until a sub-maximal threshold point is reached (B) after which VO2 levels off, but additional intensities of work can be performed (B-C), albeit it for brief periods (i.e., contributions from the anaerobic energy pathways). This plateau is believed to either represent a maximal capacity for mitochondrial oxidative capacity or an inability to further supply oxygen to the mitochondria through the blood (4).

Additionally, a peak VO2 or VO2max is a one-time best shot (i.e., incrementally staged lab test) and does not represent a sustainable intensity, which is what all endurance sports require. This fact has generated a shift in mindset to measuring markers called respiratory compensation point (RCP) or onset of blood lactate accumulation (OBLA) as predictors of sustainable performance rather than VO2max. These markers represent the highest intensity that one can sustain over time and are often referred to as lactate threshold (LT), which is incorrect (1). Lactate threshold represents the intensity of exercise at which the amount of blood lactate begins to rise disproportionally above normal resting values and it generally occurs early at moderate-to-vigorous intensities of exercise (3). Furthermore, VO2 is influenced by a myriad of other intra – and interpersonal factors that include (5):

So, while VO2max holds limited value as an estimator of performance, it does hold great value as a predictor of overall health and in determining work capacity standards for various occupations. Individuals who are physically active generally have higher VO2max scores and present with lower risks for morbidity and mortality. Likewise, as VO2 reflects work capacity, many physically-demanding occupations (e.g., fire services, military) rely upon these scores to quantity an individual’s capacity to perform work duties safely and competently.

VO2 AND PERFORMANCE IN COLDER AND HIGHER ENVIRONMENTS

Lower pressures reduce the ability for oxygen to cross from the lungs into the blood and bind to hemoglobin for transportation to the cells, resulting in less oxygen being available for mitochondrial oxidation. To compensate for this decrease, the body starts to produce additional red blood cells soon after arriving at elevation with mature red blood cells (erythrocytes) appearing in the blood after approximately seven days of altitude exposure (6). This process is called erythropoiesis and is regulated by the hormone erythropoietin (EPO)*. This helps explain why athletes have traditionally traveled to altitude to train, later returning to lower elevations to perform because they have more red blood cells to carry oxygen. This effect usually lasts a few weeks at most because red blood cells only have a lifespan of approximately 4 weeks. The reality, however, is that this technique does not guarantee performance improvements because more than just increased oxygen carrying capacity to the cell is needed to improve performance.

* Synthetic alternatives to EPO are very prevalent in endurance sports – some athletes might opt to use and cheat.

Upon arriving at altitude, our breathing mechanics change dramatically. Air is colder and drier, and it must be warmed and humidified as it enters the body. This results in faster losses of vital fluids and dehydration, as well as potential bronchospasm which may counter the normal bronchodilation effects that occur during exercise with the release of epinephrine and norepinephrine (1). Fluid losses decrease our blood volume which reduces stroke volume, or the volume of blood ejected from the heart with each contraction. To compensate and maintain cardiac output (a measure of how hard the heart is working), the heart beats faster which may limit the capacity for higher intensities of exercise.

Another immediate adaptation experienced at altitude lies in ventilation. To account for lower oxygen partial pressures, we increase our tidal volumes, the volume of air moved with normal breathing. This is accompanied by more forceful expirations (hyperventilation) which pushes more carbon dioxide (CO2) out of our lungs and from the blood. Considering CO2’s role in regulating breathing and blood pH, the body responds by producing more CO2 which it does using our precious lactate buffer and reduces that amount available for high-intensity work. Athletes often experience noticeably higher blood lactate levels and decreased work capacity with high-intensity work when initially training at altitude. This reduced blood lactate buffer can also compromise near maximal performance when the athlete returns to lower elevations. After a few weeks at altitude, however, our cardiopulmonary systems undergo several adjustments to try to revert to normal, but the consensus of science is that training at altitude might not be as beneficial as once believed. Subsequent strategies, thanks in part to emerging technologies, optimize many of the elevation training gains without the potential downsides – these include:

Athletes competing at elevation and in cold must also contend with other physiological factors that may impede overall performance (1):

So how do these events change the winter athlete in comparison to the summer athlete? It certainly would be hard to make any unequivocal statements, but what is apparent is that the winter athlete appears to face greater obstacles when it comes to their training and performance. They certainly should give more careful thought and consideration to planning their training regimens if they want to succeed. So, in this 2018 Olympiad, let’s appreciate these endurance athletes with a unique perspective that is greater than just being that of a spectator watching the world’s top athletes. With your deeper understanding of what each endurance athlete endured just to get to these games, I hope your appreciation of their efforts are truly admired and respected.