THE 3 REASONS YOUR TEAM IS UNDERPERFORMING: 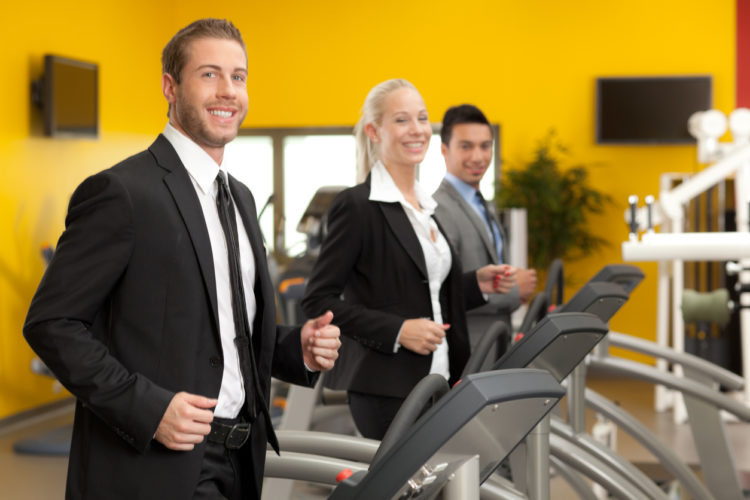 If you’re reading this article, congratulations. You either have a team or are looking to grow one. As many will tell you, one of the key things you can do to move from operator to owner is to grow a team. You simply can’t do it alone. In fact, no one before you has and no one after you will! Having a team is critical but equally critical is making sure they perform. After all, this is why you hired them in the first place. In my continued study of leadership and quest for growth I have discovered the 3 reasons that teams consistently underperform.

Often times when we hire someone to join our team we spend time explaining to them what the job entails, what their duties will be, how their typical day will go, etc. – everything necessary to get them set up for success. Excited for the opportunity they agree and accept. Things start oﬀ great on the ‘new hire high’ and then all of the sudden you find yourself getting frustrated because they aren’t ‘doing the job.’ In my 20 years as an employer I have found that most people really want to be good at what they do!

While it’s inevitable that some will shrink to the background, the reality is that can’t happen. In fact, every seat at the table is critical to the survival and growth of the enterprise. I often equate teams to military special forces. Small teams of highly trained experts that simply get it done! There is no other option.

Is there someone on your team that’s causing you more frustration than necessary? If this is the case, more often than not you do not have alignment and clarity on the DEAL. The deal is exactly what you want done, how you will measure it and the rewards/consequences for high/low performance. How clearly have you communicated this to your team member? Is it all in writing? Have you changed the deal at all from when they were originally hired? I call this a stapler promotion where you just keep stapling new duties on top of the old ones. When you dig deep with your team member you will often find that there’s a gap between what you want and what they think you want.

The way to combat this is something called the BIG 3. The Big 3 defines the 3 key reasons why the job exists in your organization. It also defines exactly what’s expected and how it’ll be measured. Then there is no gap. The key is to consistently review these in your one to one meetings with your team members.

Once you have clarity on the DEAL, it is imperative that your team member actually agrees to it. Even though they took the job doesn’t mean they have the passion for it. We all remember a time where we’ve seen people take a job they really didn’t want. They simply needed a job. Many employers think that the team member accepting the job defines the WILL. It may have at that moment but when was the last time you checked in with your team and asked if they are still excited about doing the work?

Jobs are often very diﬀerent from an interview to the actual day to day. I equate this to a movie trailer. Have you ever seen the trailer for a movie and been super excited to see it? You plunk down your $15, buy an obnoxious tub of popcorn and settle in. Your heart is beating with excitement, but then two hours later your friend asks you how it was and you say, “Meh, it was ok.” The same thing happens with a job. Your team member is getting the trailer version of what it will be like to work at your company and that’s not enough. I consistently ask two questions from my team members:

I’ve found that people can fake a lot of things, but happiness is generally not one of them. Asking about their enjoyment is telling – try it. Asking about their dream is also telling because you will see them start to light up as they tell you about it. What you may find is that they have a dream that requires a skill that can really move your business forward as well. Do you think that a team member who is doing their DREAM work will have more ENJOYMENT? How do you think this will aﬀect performance?

Let’s say that you have clarity on the DEAL and you have a team member with a true WILL to do the work. Performance should be through the roof, right? Not always. Sometimes they don’t have the SKILL or the tools to play at the level you need them to. When this happens it’s two-fold. You have to look both at them and what’s driving their performance (or lack thereof) and at yourself. Are they investing time and energy in developing their skills? Have you given them the resources they need?

We have a core value that reads: We Believe in CONSTANT IMPROVEMENT, both business and personal. Our core values are non-negotiable. You adhere to them or you can’t be on the team, and more importantly, you ultimately won’t be happy here. I push the team all the time to read, listen, attend classes, on and on. I will also provide any resource that they feel they need to succeed.

Remember that as the leader you must set the vision. That vision includes the hopes, dreams and performance of your team. Grow your team, grow your company, change the world.