MISCONCEPTIONS OF THE IT BAND 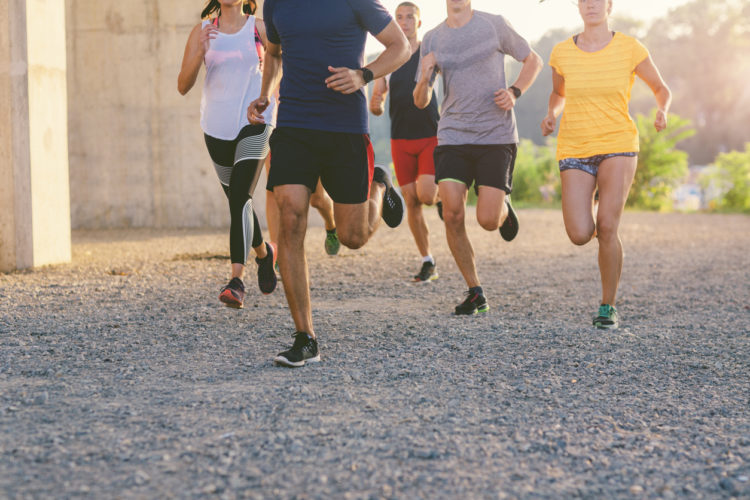 If you were to research IT band problems every day for the next year, there is a good chance you will accumulate over 365 different articles on causes, approaches to treatment, and quick fixes. Many of these articles would explain how the IT band rubs on the lateral femoral condyle, creating friction and pain (Lavine, 2010). Many other articles would argue that it is not friction and inflammation, but the compression of a highly innervated fat pad on the lateral aspect of the knee (Fairclough et al., 2006). Such suggestions are not incorrect, in fact, there is a good chance something is compressed and something is irritated. However, it is important fitness professionals remember that criminals rarely cry out. In other words, pain is the symptom, not the cause. Let the appropriately licensed practitioner treat the symptom, and you search for the cause.

What’s wrong with my IT band?

Many articles I write begin by first discussing anatomy or some etiology of a condition. However, this one will be different because I want to jump directly into what is wrong with all the IT bands. Nothing is wrong with the IT band–it is not short, it is not tight, and it is not the bane of your existence. In fact, your IT band is doing what you have taught it to do through your movement history. The two most important steps when it comes to ‘fixin’ your IT band are to:

If we agree to these terms, then you may continue reading.

What is the IT band?

The iliotibial (IT) band is a thickening of the lateral aspect of fascia on the thigh known as the fascia lata (aka latae). We are not born with a thick lateral fascia; it thickens over time based on our movement. Anatomically, the fascia lata encapsulate the entire upper leg and extends down to the lower leg. The fascia attaches to the hip and traces down and wraps around the femur over all the musculature (quadriceps, hamstrings, and adductors) eventually blending into the lower leg and attaching to the tibia and fibula. At the proximal end and anteriorly, the tensor fascia lata (TFL) attaches to the iliac crest and blends into the fascia lata near the greater trochanter. Similarly, on the proximal end but posteriorly, gluteus maximus attaches to the iliac crest, sacrum, and other areas before it travels down at an angle with some fibers attaching to the femur and others continuing around to also blend into the fascia lata.

During normal human development, the TFL and the gluteus maximus contract to help stabilize the pelvis over the femur during crawling, walking, and eventually running. As these muscles contract, they generate force through the fascia lata, especially when walking and running. As the body weight comes slamming down on one foot, the muscles of the hips must contract forcefully to stabilize the pelvis. Early in the 19th century, orthopedic surgeon, Henry Davis, proposed that when soft tissue was placed under even a moderate load, it would begin to remodel. Fitness professionals are taught how Davis’s Law applies to the healing of tissue as it will heal along the lines of mechanical stress (Clark, Lucett, & Sutton, 2018; DeCarlo, DeRosa, & Ellenbecker, 2009). However, one of the most published and cited authors on the subject of skeletal biology, Harold Frost, MD, expanded on Davis’s Law to note not only does soft tissue remold after injury, but it also displays a thickening effect when sufficiently stressed, much like bone remodels after being deformed by loading (Frost, 1972). Therefore, over the course of many months and years, humans emerge with this thickened lateral fascia lata, which extends from the ilium to the tibia that we call the IT band. It is important to recognize that the IT band lies directly over the vastus lateralis, and in most cases, the IT band can identify the center of the lateral quadriceps muscle.

Your movement history is the problem!

When it comes to an IT band causing pain or other problems, we need look no further than the mirror to know why. Since this piece of tissue only develops into a noticeable thickness because we are bipedal, barring an injury requiring it to be cut or otherwise sustain trauma, our movement patterns over time determine IT band health. I will confidently argue that if someone moves most of the day, sits rarely and uses their body by working, lifting, and doing other things comparable to light to moderate manual labor; then there would be much fewer cases of IT band syndrome. However, most of us are not able to do this enough to keep certain muscles (such as the glutes) strong and powerful enough to maintain neutral posture and proper joint alignment.

How does it become dysfunctional?

My experience has shown me that one of the main causes of IT band problems is posture that leads to imbalances in the hip. The first sign at the hips may be an anteriorly rotated pelvis (i.e., anterior pelvic tilt or APT). APT is common in those that sit for many hours per day. When seated, the TFL will become stuck short. Remember, the TFL creates tension in the fascia lata, thus, if it is mechanically short (what many would call tight), when someone stands from that seated position it will tug at both the pelvis and the lateral aspect of the fascia lata (aka the IT band). Often just standing is not enough to cause pain, however, as soon as the person begins to walk, run, lunge, jump, or many other things common in a workout, the short TFL applies more and more tension to the IT band.

During APT, not only is the TFL short, but the glutes are lengthened. Lengthened muscles are often not able to produce the force necessary to hold up their end of the bargain regarding stabilization and posture compared to their short counterparts. The glutes are positioned to resist the TFL, thus balancing the pelvis and reduce the anterior tug on the IT band. In a perfect relationship, the TFL and glutes would work together to maintain a healthy position of the IT band. However, when the TFL takes over, it increases tension in the IT band, which is often felt as tightness leading to friction between the IT band and some bony part of the femur.

A second, yet related dysfunction that may cause IT band discomfort is an overactive vastus lateralis. Recall that the IT band lies directly over the vastus lateralis. Since the vastus lateralis is the largest and most powerful of the quadriceps, it can become dominant over the glutes in many individuals. Given the fiber type and position of the muscle, it does not take long for it to begin to hypertrophy, pressing into the IT band from the inside. As the hypertrophy continues, the IT band will begin being pushed into a stretch. The result is, yet again, feelings of tightness and eventual friction between the IT band and some bony part of the femur. As a side note, if a client demonstrates the APT discussed here earlier, assume the vastus lateralis could also be an overactive muscle because something is helping the glutes move the body up and down and propel itself forward.

The first thing to realize, as I quote fellow NASM Faculty Instructor, Rick Richey “feelings are not facts.” Just because something feels tight does not mean that it is short and tight. In fact, it is more common for muscles that are long to feel this way (e.g., hamstrings, upper back, and neck). We must use movement as our guide to what is tight or not. Begin by performing the overhead squat assessment.

First and foremost, if your client has IT band pain refer them out to the

From the lateral view, if the TFL is short and overactive and the glutes are underactive, the pelvis will tilt forward as they squat. I would be remiss if I did not mention that it is also common for a client with IT band trouble to demonstrate foot flattening and knee valgus during the squat as the TFL can produce internal femoral rotation while the vastus lateralis can contribute to knee valgus. Therefore, the corrective exercise program to follow is still appropriate.

IT band syndrome/discomfort is a common condition that leaves a lot of people in pain. In many cases, these are people that are just becoming active and are looking to change their lives with the help of a fitness program. There is nothing more disheartening as suffering from any syndrome soon after beginning. The purpose of the IT band is to transmit force from the glutes and TFL down the lateral thigh to the lower leg, thus providing support. IT band syndrome is an overuse injury that is derived from poor movement patterns and excessive tension on a supportive structure. Conclusions cannot be drawn about the IT band until an assessment has been performed. Once compensations have been identified, then follow NASM’s CEx process to help establish balance and better movement.