DEMYSTIFYING THE DASH DIET: HOW TO USE IT TO LOWER BLOOD PRESSURE 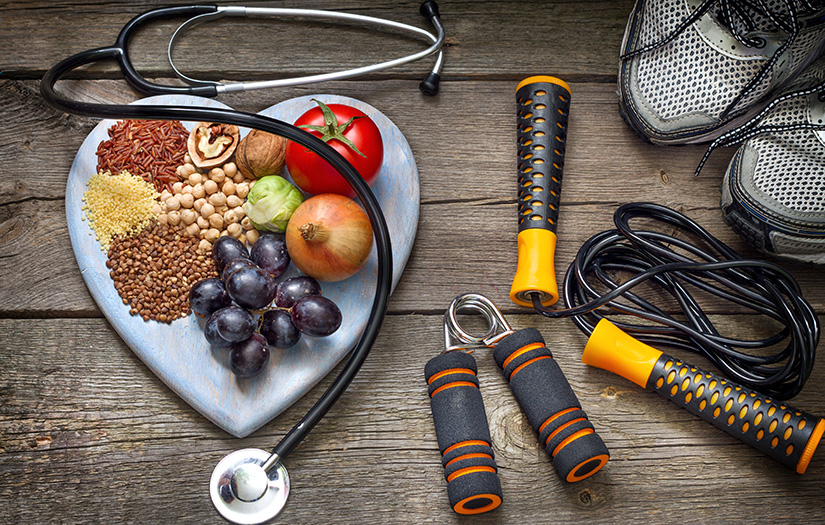 Many factors contribute to cardiovascular disease, such as obesity, diabetes, high cholesterol, etc. (2). Elevated blood pressure, known as hypertension, is one of the most critical risk factors and is one that is modifiable through either lifestyle changes such as diet and exercise or medication (3).

While exercise is indeed beneficial for lowering blood pressure, dietary changes can produce even more significant reductions in blood pressure.

Read further and learn how you can apply these nutritional principles to your nutrition coaching practice.

HOW DIETS CAN LOWER BLOOD PRESSURE

In the 1990s, cardiovascular research began to focus quite intensely on the role of diet in heart disease, and several different diets were developed to test. One of the diets was explicitly designed to address elevated blood pressure (hypertension).

WHAT IS THE DASH DIET?

The DASH diet, or the Dietary Approaches to Stop Hypertension (DASH) diet, was developed in the early 1990s by the National Institutes of Health and was designed primarily to help address hypertension.

The diet promotes the consumption of vegetables and fruits, lean meat and dairy products, sodium restriction to (≤1500 mg/day), and the inclusion of micronutrients in the menu (4). More specifically, the diet prescribes the following guidelines:

WHAT DOES SCIENCE TELL US?

The original study done on the DASH diet was published in the New England Journal of Medicine in 1997 by a scientist named Lawrence J Appel (5). This study was conducted in people with established hypertension and aimed to study the dietary pattern’s effect in general on blood pressure.

This makes dietary modifications just about as effective as antihypertensive medication (6). 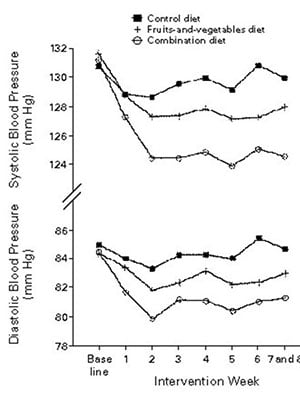 However, they also found that reducing sodium intake to below 1150 mg per day, primarily through salt reduction, provided an additional decrease in systolic blood pressure of around 3-7 mm Hg. 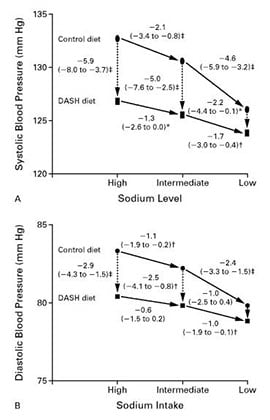 These studies were the foundational pieces of evidence that have led to many of the current guidelines and recommendations for reducing the risk of heart disease through dietary modification.

The DASH diet is not the only diet that has ever been shown to lower blood pressure or reduce the overall risk of cardiovascular disease. Low-carb diets, Paleo diets, vegan diets, and many other diets are also useful.

The DASH diet is one framework that adopts core principles that can reduce the risk of cardiovascular disease. The major take-home points from the DASH diet and the studies surrounding it are the following:

1) Consume a well-balanced diet that is rich in fruits and vegetables.
2) Be mindful of sodium intake across your lifespan.
3) Aim to get more olive oils, fish, nuts, and seeds.
4) Dairy and whole grain carbohydrates can be included in your diet.