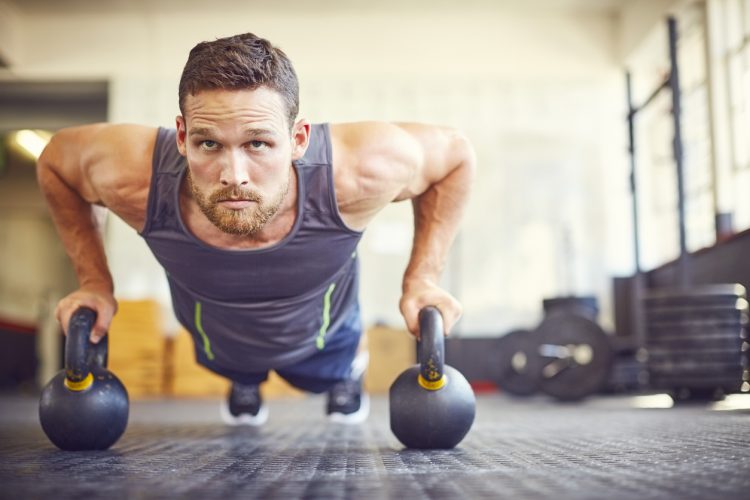 Introduction
Over the last 10-plus years, there probably has not been a supplement more popular or one researched more often than creatine monohydrate. Creatine has found its place among bodybuilders, fitness enthusiasts, and athletes looking for improvements in strength, muscle hypertrophy, and athletic performance. This article will provide a brief review of the literature describing the role of creatine during activity and the health effects of creatine supplementation for apparently healthy individuals cleared by a physician. Additionally, this article will address which physical activities might benefit from creatine supplementation and which activities might have a negligible effect, or possibly worsen, with creatine supplementation.

It is important to start with an understanding of creatine’s role in the production of energy. At the cellular level, macronutrients (carbohydrates, fats, protein) are converted into adenosine triphosphate (ATP). ATP is the body’s energy source (a high energy phosphate compound) used to fuel bodily functions and physical activity (1, 2). However, muscle cells store ATP in limited quantities. Since the supply of ATP in each cell is limited, cells must have a means of producing more. There are three main bioenergetic pathways that produce ATP. These include the ATP-PC, glycolytic, and oxidative pathway systems (1, 2). For the sake of this discussion we will focus on the ATP-PC system.

ATP-PC System
ATP and phosphocreatine (PC) are sometimes referred to as phosphagens, and, therefore, the ATP-PC system is sometimes referred to as the phosphagen system (1, 2). The ATP-PC system primarily provides energy for high intensity, short duration bouts of activity (anaerobic) such as 50 meter sprints and Olympic weightlifting (1). However, the ATP-PC system is activated at the onset of any activity, regardless of intensity, due to its ability to rapidly produce energy in comparison to the glycolytic and oxidative pathways (1).

The ATP-PC system produces ATP faster than any other bioenergetic pathway. Phosphocreatine supplies the phosphate that combines with adenosine diphosphate (ADP) to form ATP (1). Conversely, the breakdown of ATP releases the energy necessary for muscle contraction. The ATP-PC system is very good at supplying energy rapidly, however, it cannot supply energy for prolonged periods of time (10 seconds or less) and thus other systems (glycolytic & oxidative) must now produce ATP (1). And as said before, the glycolytic and oxidative pathways are slower at producing ATP than the ATP-PC system.

What Type of Activities Benefit from Creatine Supplementation?
The body is dependent upon muscle stores of phosphocreatine during activities involving short bursts of high intensity activity. Theoretically, creatine supplementation can improve anaerobic performance by increasing muscle stores of phosphocreatine thus allowing greater amounts of ATP to be regenerated. This will in effect help prevent a decrease in power output. Another proposed benefit of creatine supplementation is the associated increase in strength and muscle mass when combined with heavy resistance training (5). An increase in strength and muscle mass is beneficial for anaerobic sports such as football, shot put, and powerlifting.

Summary
Even though there are numerous studies looking at the effects of creatine supplementation, much more still needs to be done. At this time, creatine does appear to be safe if consumed in proper recommended doses and is effective for anaerobic events. However, the efficacy of creatine for various aerobic activities has yet to be determined.

Brian works as an adjunct faculty member for California University of Pennsylvania in the Exercise Science & Sports Studies department. He holds Master’s degrees in both Exercise Science with a concentration in performance enhancement and Sport and Fitness Management. He is a regular contributor to several health and fitness textbooks, publications, and has been featured as an expert in the fields of health, wellness, and fitness.