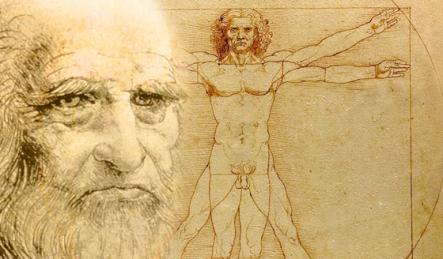 With the sensationalism of today’s 24-7 news, the menace of terrorist attacks and the saber-rattling of rogue dictatorships, it would be easy to believe that we live in the most violent time on record. But yet if we look back in human history, it soon becomes clear that while we must deal with some very real challenges today, we’re a lot safer than our ancient ancestors. Even glancing at a show like Vikings, listening to the first audiobook chapter of Mary Beard’s SPQR: A History of Ancient Rome or reading the opening pages of Steven Pressfield’s historical novel Gates of Fire shows that our forebears were under constant threat from a broad range of vicious enemies eager to sack, burn and pillage. Wars were more frequent and sometimes led to entire communities being wiped out.

This is one of the reasons that compulsory military training became the norm. Any boy who was old enough to hold a sword or spear had to become capable of aiding in the defense of his city or family’s farm from attackers. And in peacetime, it was essential that he was physically able to be out in the fields helping to raise livestock and sow and reap crops. In many cultures, women were also actively involved in such activities and had to keep society going while the men were out fighting off invaders. Keeping fit wasn’t a recreational pursuit, but a necessity.

Perhaps the need to be physically prepared to fight is why the philosopher Socrates told a young man, “You look as if you need exercise, Epigenes.” The boy replied, “Well, I’m not an athlete, Socrates.” While on the surface he was right, the old man said, “You may rest assured that there is no kind of struggle, apart from war, and no undertaking in which you will be worse off by keeping your body in better fettle. For in everything that men do the body is useful, and in all uses of the body it is of great importance to be in as high a state of physical efficiency as possible….”

Wow! Socrates certainly had a way with words. No doubt the boy was taken aback by this eloquent and forceful speech, which we only reprinted part of here. But the philosopher’s sentiment rings true. Great thinkers like Socrates, Plato and Aristotle recognized that optimal success is achieved when the physical body and mental state work in unison. That’s why Plato encouraged his students to do gymnastics and the ancient Greeks held the Olympics.

Thankfully in present times, most of us (at least in the developed corners of the world) don’t face the peril of attacks from marauding Vikings, Visigoths or Vandals. And yet our modern lives, with all their comfort and convenience, still require us to maintain some level of readiness and preparedness. If you’re a member of our Armed Forces, the reasons are fairly obvious. But even civilians need to be ready and able to tackle daily challenges. On the physical front, this could be everything from competing in a race to the next workout to helping a friend move into a new house. On the mental front, it might include negotiating a promotion, planning and executing a presentation to the executive team at your place of work, or even taking care of the household budget.

While the ancient philosophers spoke largely in conceptual terms, we have the added insights of modern science to show us that the body and brain cannot (and should not)  be placed in separate silos. As Norman Doidge explains in The Brain’s Way of Healing, they have a continual, two-way exchange with each other. It’s not enough to develop our minds through education, reading, and skill acquisition. We also need to continually build up our bodies, which will have physical benefits. As Pierre de Coubertin, the man who birthed the modern Olympics put it, we need to dedicate ourselves to, “exalting and combining in a balanced whole the qualities of body, mind, and will.” This principle doesn’t just apply to elite athletes, but to all of us.

So if you’re not an Olympic athlete or soldier, what does it look like to cultivate physical culture? For starters, you should do something active every day. This could be as simple as walking to get coffee on your lunch break to squeezing in a set of squats while you brush your teeth in the morning. Secondly, you should begin or continue some kind of physical training, whether that’s in a gym, your backyard,  or getting involved with a sport or physical activity. Lastly, you should find ways to keep your mind sharp and alert, such as learning a new language on Duolingo, playing board games with your kids or reading. By making a small daily investment in both body and mind, you’ll be ready for the challenges life throws your way.

During a conversation between TRX Head of Human Performance, Chris Frankel and a high-ranking official in the US Department of Defense, both men agreed that DOD training should be focused on “training for the worst day of their lives” – which inevitably would include mental, physical, and tactical components. This same approach is vital for everyone – training for the worst or best day of your life means balancing the components of fitness: mobility, strength, power, stamina, and recovery. Bringing this mindset to TRX Movement Based training continues to be a closely held value.