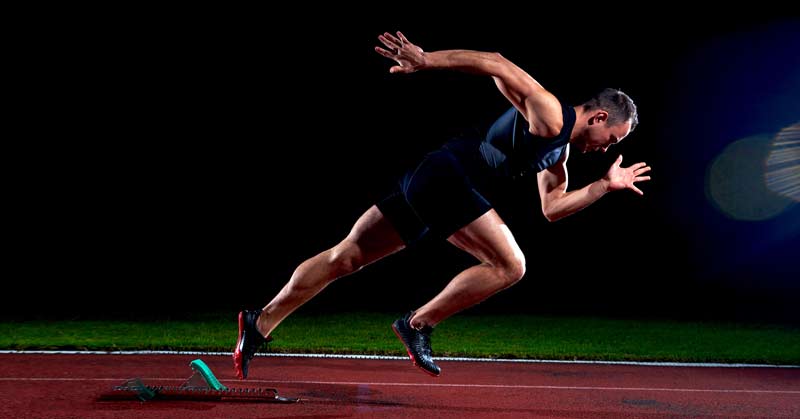 Growing up in the ’70s and ’80s, a big part of my week was getting up early on Saturday morning to watch cartoons. One of my favourites was “Super Friends” (my second favourite was “Land of the Lost”), especially the episodes with Bizarro, who was like Superman’s alter ego. In Bizarro’s world, everything was the opposite of the Super Friends’ Earth, which meant that Superman was actually a bad guy. People referred to him as Bizarro Superman, and he went around stealing everything and doing all the very worst things he could possibly do.

I always found this “Bizarro” concept intriguing. So, I came up with the idea of applying it to speed training and program design. This means that we would do everything in our power to make our athletes run as slow as possible.

The Bizzaro World of Sprint Training: How Many Coaches Are Doing the Opposite?

First, I wondered what I could possibly do to ensure that we could not run fast. Enter “Bizarro Coach.” I started to prioritize things that I would do in my Bizarro World of Speed Training, where my business would be called “Fast Guy, Slow School.”

I’m not saying that all these methods don’t have a place in good training. For instance, I know max strength plays a large role in force development and should not be left out, just as a good conditioning program can be important and sometimes athletes will fatigue. But when conditioning or strength results are the foundation of a workout program, sometimes the results aren’t what you hoped they would be. This is where coaches wonder why their athletes aren’t as fast as the team they are playing or why they aren’t getting faster. They went to Bizarro World.

Training Speed the Right Way: How to Go from Bizarro to Superman

So, what can we do to make sure that we don’t build a Bizarro program? The first thing that comes to mind is you need to sprint as much as possible. I’m not saying to do it every day, but a well-thought-out program where short sprints are the basis of your workout will go a long way in making sure that it doesn’t become a Bizarro program.

I make sure that I have one to three days of sprinting in my workouts for most of the year. I have one day of max velocity and one day of acceleration work. For part of the year, I have a force day as well, where we push or pull heavy things. If it is late in the track season, I add some speed endurance work.

If you don’t have track athletes, a day of agility work is great as well. Even if you have a minimal amount of space, you can still find a way to do some form of sprint work, even if it’s just a short five- to 10-meter burst. That is better than standing around and waiting for your turn on a squat rack.

Make sure to do max velocity when athletes are fresh, and endurance work is well-planned for the right time of the year. I see too many coaches who wonder why athletes get slower and exhaust themselves by the end of the year, even though they think that they are well-conditioned. Some coaches think that they just need to condition more throughout the year. The countless gassers, suicides, and other forms of punishment/endurance work are way overdone.

I find it interesting that when coaches start a season, they immediately assume that athletes are out of shape. In fact, most of the athletes have played that sport year-round in their club or have been doing something most of the year. I think they misunderstand that athletes get tired in games from other things besides just being out of shape, such as being nervous with the butterflies that sometimes start a whole day before the game exhausts their body.

How many times have you walked out of a movie like “Dunkirk” and felt exhausted? Or you had a stressful day and experienced the same feeling? Stress costs the body. There is nothing you can do to counter stress other than teaching your athletes to relax and breathe. Give them targets to focus on during the day, rather than the game itself. More gassers at the end of practice will not solve this problem.

Here is something to think about regarding the “warm-up” before games. To simplify things, imagine that an athlete has 100 units of energy when they show up for a football game. The athlete uses some energy just by being nervous. Once everyone is taped, there is a pre-warm-up in the fieldhouse or somewhere. Let’s say that cost 20 units because the warm-up is moderate tempo. After the drums and running through the banner, there is the chest bumping and pre-game warm-up. With the added emotion and looking good to the opposing team with deep fade routes and big blocks and hits, subtract 30 units.

Going into the game, athletes may expend a lot of energy that takes time to replenish. Time that doesn’t exist. So, at the end of the second and fourth quarters, players are out of gas. Likewise, when you continually pound your players down at the end of a practice, they learn to get slow and move with really poor form and it will take time to rebuild from that pounding. Most players don’t go home and replenish after their practice. They are too tired to eat and would rather just do homework and go to bed. This starts the downward spiral of fatigue.

What can you do to deal with this? First, identify why athletes are tiring and by what point in the game. Once you determine this, you can pick an appropriate type of conditioning. Gassers are not a cure-all. Try adding conditioning to the beginning of practice in the form of controlled breathing during warm-ups. Have athletes try keeping their mouths closed for the entire time they exercise. This is proven to result in a chemical change in the body and will teach them how to condition be

There is a time and place for everything. I’m not saying that we should get rid of strength training, weight lifting, or anything like that, but we need to make sure it happens at the right place and the right time. For my athletes, the off-season is a great time to get stronger. However, I need to make sure that there is ample transfer of that lift to their movement or skill.

Therefore, if I stay with the squat, I want to make sure that it is an athletic squat. But if I want to be more specific to running, I make sure that athletes are on one leg and challenging their lateral stability. Very rarely, in a sport that requires movement, are they on both legs at one time. If you want to lift heavy to improve your force, make sure it’s a proper angle and body position so you ensure there is a maximum amount of transfer to that push or projection of your centre of mass.

Be sure to change the workouts. Do not do the same thing for the entire year. In fact, change it every couple of weeks, or maybe even every workout. Always challenge the body to learn more. We want to make sure that our strength gains are actual strength gains and not simply getting really efficient with a single movement.

If we get really efficient at that movement, and we go to play a game, the movement may not be the same and we may not have the strength that we thought we had. We’ve all seen the player that looks like a tiger but plays like a kitten, and we wonder why there is no transfer from the training. Always challenge the body to learn in the debt. That way you can create a robust and resilient athlete.