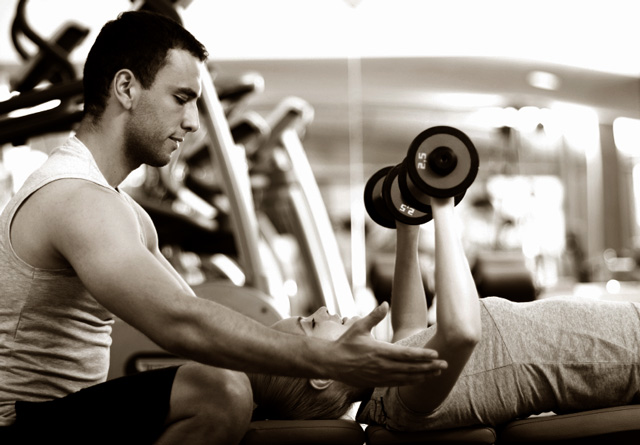 There are many reasons to become an NASM Certifed Personal Trainer (NASM-CPT). The NASM- CPT is one of the most highly recognized and accepted personal trainer certifcations throughout the health and ftness industry. It’s based on the Optimum Performance TrainingTM (OPTTM) model— the industry’s frst program founded on scientifc, evidence based research. NASM ofers best-in-class educational materials and learning opportunities to support your personal training career.

But sometimes it helps to hear why others have chosen the NASM-CPT. Russell Wynter, an NASM-CPT from Scottsdale, Ariz., shares some of his reasons.

“I know it sounds cliché but I was always athletic and I became a trainer because I like helping people. Being an NASM-CPT has made all
this possible.”

learned how to get people to their personal ftness goals with the OPTTM model.

“Helping people
attain their ftness goals makes you feel you are truly making a positive diference. Without the knowledge that I’ve been able to gain from the NASM certifcation courses I don’t think I would have been able to impact the number of lives in the way that I have.”

A former track athlete, Russell
was on a path to a law enforcement
career. He trained six days a week
to get ready for the academy, and
others noticed his ftness results
and sought out his guidance. At that
point, all he could really provide was
what he did. As his career choice
shifted to one of ftness, he realized
that training is more than taking people through your own workout and modifying the weights based on their strength. With the knowledge he gained while preparing for the NASM-CPT certifcation exam, he

Russell makes a
diference in many clients’ lives. A couple of his inspiring client stories include a shy, overweight client in her 30s that was too afraid to venture from her car

to the gym doors (three diferent times), who has now lost over 138 pounds and is outgoing, confdent and extremely motivated. There’s also another client in his 40s that had received some discouraging results after his annual physical. He is now well within normal ranges and even competing in mountain bike races.

“Now I get to put the two things I love together: physical activity and helping others to reach their goals. I feel lucky to be a part of a great community of trainers and instructors like NASM.”