Psychoneuroimmunology In Sport Injury And Rehabilitation: 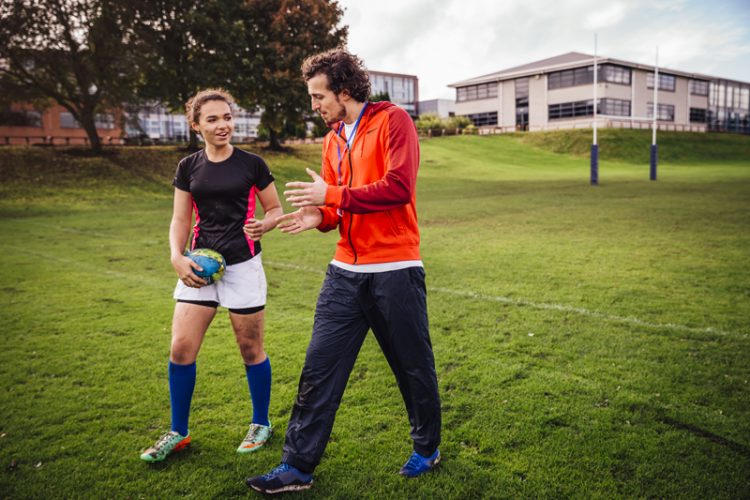 The interaction of the psychological, neurological, endocrine and immune function and the influence on health is known as psychoneuroimmunology and has been studied since the mid-1970’s (Langley Fonseca, & Iphofen, 2006). Likewise, the stress-injury-stress model has been studied since the late 1980’s and includes the physical, environmental, sociocultural, and psychological factors associated with injury (Wiese-Bjornstal & Shaffer, 1999). The following is an attempt to expose and inform the reader to the specific interactions that can play an important role in injury, illness, and recovery.

One common component addressed with injury and illness is stress. Stress is a simple word with a complex meaning, which can be attributed to physiological (physical changes such as blood pressure and release of hormones), social (relationship with others and the environment), and psychological (daily hassles and life event stress) factors (Brown, 2016; Langley, et al., 2006; Spano, 2006; Williams, 2001). Individuals engaged with exercise may have a general understanding of the stress and adaptation response as described by Seyle (Lovallo, 2016; Seyle, 1950). In general, Seyle’s General Adaptation Syndrome (GAS) model suggests that there are 3 stages: 1) alarm, 2) resistance, and 3) exhaustion. Essentially, individuals who have been exposed to short-term stress will immediately react to stress, which is known as the fight-or-flight response and prepares the body to protect itself from harm and maintain homeostasis in the cardiovascular, musculoskeletal, and neuroendocrine systems (Dhabhar, 2014; Lovallo, 2016). Depending on the situation, stress will prepare the immune system for injury and illnesses such as wounds, allergies, cardiovascular disease, obesity, or depression (Dhabhar, 2014). Prolonged psychological distress initially causes the body to release adrenaline. During the alarm stage, there is sympathetic adrenal medulla (SAM) outflow. As a direct link, the sympathetic nervous system neurons will release epinephrine and norepinephrine to bind with catecholamines. As an indirect link, the hypothalamic-pituitary-adrenal (HPA) axis or HPAC system will release adrenocorticotropic hormone (ACTH), which causes the adrenal gland to release cortisol (hydrocortisone) into the blood (Seyle, 1950; Torpy & Chrousos, 1997). Cortisol is a primary catabolic hormone vital for muscle breakdown, which increases protein breakdown, inhibits amino acid intake, impairs cell proliferation, inhibits muscle cell differentiation, and inhibits testosterone production (Florini, 1987). Cortisol will go to an injured area, clean out the debris, and prepare the body for new construction. If stress continues, the body begins to secrete more hormones to defend against the threat. Basically, the prolonged defense causes the body to become more fatigued and unable to rest, relax, and fight off the stress. The hypothalamus signals to the adrenals to release cortisol (Florini, 1987). Cortisol suppresses the immune system further, and the body loses the ability to heal. Therefore, if the stress is long-term, then cortisol will continue the catabolic response and deconstruction resume, inhibiting reconstruction (Florini, 1987).

As the stress continues, then the body will try to resist the breakdown to protect itself from harm to survive (resistance stage). This stage can last for as long as necessary, days or weeks or until death (Florini, 1987). Once death of the tissue has occurred, then the individual has reached the stage of exhaustion (Lovallo, 2106). At this point, the stress has been ongoing and the body’s immune system is severely impaired and can cause adverse health responses including athletic injury and emotional distress (Dhabbar, 2014; Perna & McDowell, 1995). Inflammation increases in response to the threat (Kendall-Tackett, 2015). Therefore, the immune system becomes suppressed and injury and illness ensue (Kendall-Tackett, 2015; Langley, et al., 2006; Lovallo, 2016).

On a positive note, if athletes are exposed to moderate stressors with repeated exposure and the body learns to adapt to the threat, without releasing cortisol for long periods of time, then the body will ensure greater strength and endurance over time, and muscle cell differentiation will take place (Forlini, 1985; Lovallo, 2016).   It is when the athlete’s body is unable to adapt to the additional stressors that the body becomes susceptible to illness and injury (Forlini, 1985; Lovallo, 2016).

When an athlete has been exposed to extreme stress, whether physical, psychological, social, or a combination and their system is unable to handle the amount of stress, then illness and injury can occur. The immune system is considered to be most unprotected or exposed 3-72 hours following an extreme workout. The window of susceptibility (WOS) is open and viruses and bacteria can settle into the cells and weaken the body (Nieman & Pederson, 1999). When the body is unable to adapt to the duration of the stress, recruitment of leukocytes, timing of the stress hormone exposure, or differential effects of glucocorticoids then the immune system becomes suppressed and injury or illness will transpire (Dhabha, 2014). Furthermore, repeated physical stress compounded with emotional stress sleep deprivation, malnutrition or body weight loss will make the individual more vulnerable to illness and prolong the recovery process (Nieman & Pederson, 1999).

Stress works in a cyclic fashion; when stress injury or illness occurs, then the injury or illness may create additional stress, thus causing a delay in the healing process, and the pattern continues (stress-injury-stress cycle). Research has shown that the interaction of personality, history of stressors, and the coping resources will determine the stress response (Albinson & Petrie, 2003; Wiese-Bjornstal & Shaffer, 1999; Wiese-Bjornstal, Smith, Shaffer, & Morrey, 1998). The body will appraise the stress and determine whether it is a threat or not (primary cognitive appraisal). Once the body makes that determination, then the body must decide whether the coping resources available can handle the stress (secondary cognitive appraisal). These cognitive appraisals will determine whether the individual is experiencing eustress (pleasant stress) or distress (unpleasant stress) and the ability to meet or overcome the demands of the stress (Albinson & Petrie, 2003; Williams, 2000). If one is unable to handle the stress, then injury is likely to occur (Weise-Bjornstal & Shaffer, 1999; Wiese-Bjornstal, et al., 1998).

Wound healing, whether associated with acute injury or post-surgery, can be delayed when stress continues or is increased (Broadbent, Petrie, Alley & Booth, 2003; Brown, 2016; Cole-King & Harding, 2001). For example, research has shown that wound healing was delayed with elevated levels of depression and anxiety (Cole-King & Harding, 2001). Likewise, greater worry about surgery decreased the matrix and collagen development, increased pain, and lower levels of interleukin-1, poorer wound, and slower wound healing, thus preventing regulation of the immune and inflammation responses (Broadbent, et al., 2003; Brown, 2016). Moreover, caregivers of family members with Alzheimer’s disease took significantly longer for the wound to heal than control subjects (Kiecolt-Glaser, Marucha, Malarkey, Mercado, & Glaser, 1995); and medical students with punch biopsies exposed to an exam and non-exam conditions took an average of 40% longer to heal under exam conditions (Marcucha, Kiecolt-Glaser, & Favagehi, 1998). This latter research shows that even normal stresses such as an exam can delay the wound healing process.