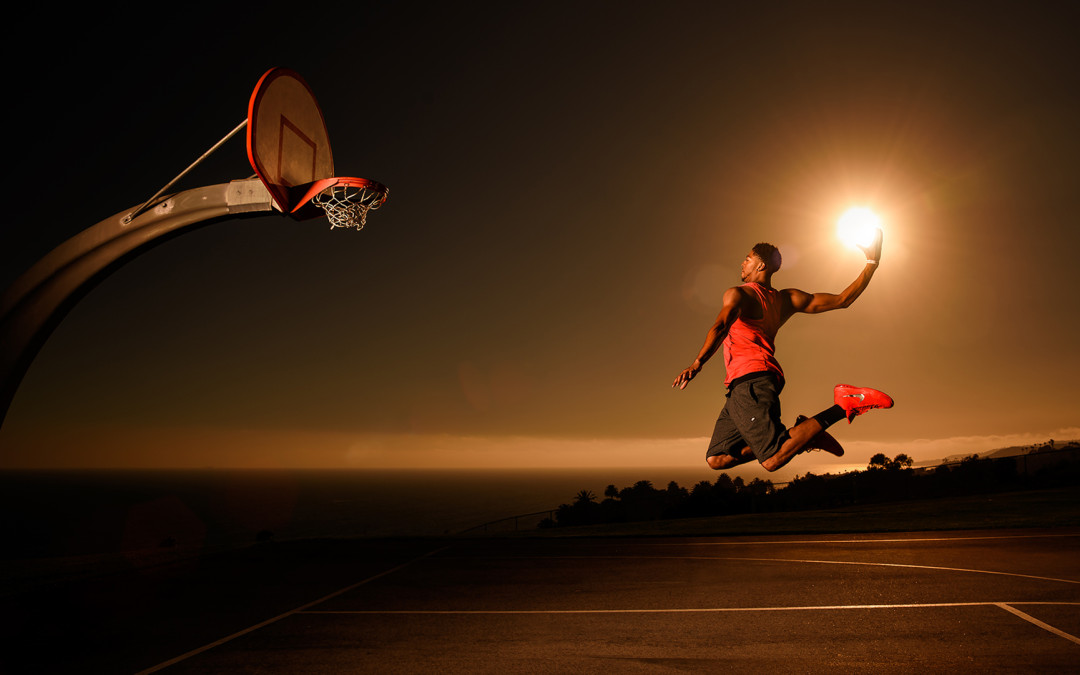 A powerful vertical jump is often considered the epitome of athleticism. Many sports, such as basketball, volleyball, and some track and field events, require the athlete to perform at high levels in this movement [1]. However, many athletes find themselves overtraining or dedicating long hours in the gym and not seeing the result they desire [2]. A good vertical jump doesn’t require exotic footwear, decades of training, or “freak genetics” (though that would be nice). By implementing the progressive, science-based Optimum Performance Training ™ (OPT™) model into the training program, some major hang time can be added in just weeks.

Vertical jump performance is dictated by the Integrated Performance Paradigm, which states that precise movements rely on the body’s ability to eccentrically load, isometrically stabilise (transition), and concentrically accelerate force (these are collectively known as the muscle action spectrum) [3, 4]. Therefore, the performance of the vertical jump is directly reliant on the athlete’s ability to progress through these phases of movement with maximum force at the fastest rate with optimal neuromuscular coordination. Let’s discuss these concepts briefly:

We now have the formula to maximise our vertical jump:

Let’s break down the formula to see how we can improve the individual sections.

Strength is the measure of force production [2]. Strength is defined as the neuromuscular system’s ability to produce internal tension in the muscle to overcome an external load [3]. This concept is important to understand, as strength is not a function of the muscle, but rather a function of the activation of the neuromuscular system. Utilising heavier external loads increases the neural demand by recruiting more muscle fibres to overcome the load [4]. Strength, however, is built on the foundation of stabilisation. If the tendons, ligaments, and muscles cannot handle the load, plateau or injury may result. To summarise, as we gain strength, our nervous system gets better at recruiting muscle fibres and motor units [1]. In order to produce more force, we need to lift heavier weights!

The speed of muscular contraction is regulated by the neuromuscular system; regardless of how much force the muscle can produce (see strength from above section) [3]. To enhance the speed, the “load” and “transition” phases must be developed. The faster the eccentric loading, the stronger the force produced in the concentric phase. A prolonged transition phase will “leak” stored potential energy, resulting in a less-than-optimal concentric response [2]. In order to maximise speed, we need to develop faster “loading” and “transition”!

Performance is improved when muscles work together. With proper length-tension relationships, muscle groups are activated in the appropriate force couples which produce optimal movement patterns [6]. As these patterns evolve, appropriate stabilisation of joints and connective tissues will ensure that the muscles can withstand the training load and limit injury [3, 4]. Appropriate length-tension relationships, force-couple relationships, and stabilisation of muscles and connective tissues will ensure optimal muscle coordination and reduce the risk of injury.

Here is an example of a 12-week program designed to improve the vertical jump.

(The program will include Phase 1, 2, 4 and 5 of the OPT model. Phase 3/Hypertrophy is not included in this plan because it is not related to the goal.)