OVERACTIVE VS UNDER ACTIVE MUSCLES. WHAT DOES IT ALL MEAN? 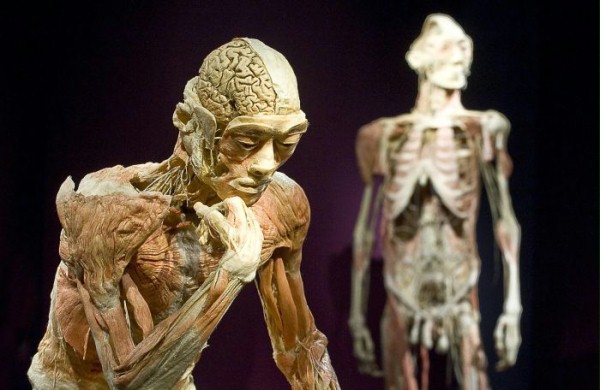 What is muscle balance? Efficient human movement and function requires a balance of muscle length and muscle strength around a joint. If muscles are not balanced, then the associated joint is directly affected. For example, a muscle imbalance at the shoulder involving a “tight” pectoralis minor will pull or shift the shoulder forward into a rounding position.

Muscle imbalances can be due to poor posture, stress, repetitive movement, or injury. Once this occurs, the body will continue to endure movement, only now the movement occurs along the path of least resistance, otherwise known as relative flexibility (Clark, Lucett, & Sutton, 2012). This pattern can lead to altered reciprocal inhibition, synergistic dominance, and eventual injury (these terms will be further described later). As these patterns of dysfunction continue, the muscle imbalance will lead to muscles on one side of the joint becoming chronically shortened and muscles on the opposing side of the joint becoming chronically lengthened. This is where the terms “overactive” and “underactive” come from. It is generally assumed that an overactive muscle is short, tight, and strong, as opposed to an underactive muscle, which is assumed to be long and weak. While these assumptions are sometimes correct, they may also be misleading for two primary reasons:

Reason #1 Two important sensory receptors are the muscle spindles and the Golgi tendon organ (GTO). Muscle spindles are receptors within the belly of a muscle that primarily detect changes in the length of the muscle and rate of length change (Magill, 2007). The GTO senses changes in muscle tension and the rate of tension change (Magill, 2007). Located near the origin and insertion of the muscle, when a muscle generates force the GTO becomes distorted and will fire nerve impulses to the central nervous system (CNS) regulating the force and tension developed. When a muscle is rapidly lengthened, the muscle spindles are excited and send a message to the CNS, resulting in the contraction of the lengthened muscle fibers (Clark et al., 2012). Consequently, this results in the sensation of tightness.

An example of this is the person with an anterior pelvic tight (excessive arch in the low back). As the pelvis tilts forward, the hamstrings are lengthened. Overtime, these muscles begin to feel “tight.” In most cases, the individual will feel the need to stretch the hamstrings. As the hamstrings are stretched, the GTO will inhibit the muscle spindles (autogenic inhibition) and the hamstrings will begin to feel as though they have relaxed. Yet this altered position of the pelvis causes a lengthened resting position of the muscle, and as soon as the GTO is no longer excited the muscle spindle will begin to signal for the CNS to contract, leading to reoccurring tightness.

Reason #2 Sahrmann (2002) stated that the force generation capabilities of a muscle are dependent on the muscles resting length. This is known as length-tension relationship. To state it more simply, a shortened muscle has too much overlap of actin and myosin filaments, and a lengthened muscle doesn’t have enough overlap. This means that both examples could possibly be underactive and test weak compared to a muscle at ideal resting length (Sahrmann, 2002). Therefore, a lengthened muscle could actually become overactive and dominant over another muscle. Let’s further discuss hamstring length and how this affects pelvic orientation. The gluteus maximus is the prime mover during hip extension and the hamstrings provide assistance when needed. In an anterior pelvic tilt position, the hip flexors (iliopsoas, rectus femoris, and tensor fascia latae) may become shortened.

According to Sherrington’s law of reciprocal inhibition, if one muscle is contracting then the muscle on the opposing side of the joint must be relaxing (Magill, 2007). If this inverse relationship is altered, as in the case of an anterior pelvic tilt, the hip flexors will be contracted during a functional movement (such as walking) while the primary hip extensors are relaxed. As mentioned previously, the body will find a way to get from point A to point B with the least amount of resistance. In this scenario, the next best muscle to perform hip extension would be the hamstrings. This is known as synergistic dominance, where a mechanically lengthened muscle is overactive and performs the work of the prime mover (Sahrmann, 2002). Conversely, in the case of shoulder dysfunction, someone who is protracted forward with a shortened pectoralis minor also has an overactive pectoralis minor. Therefore, it may be more appropriate to refer to overactive muscles as hypertonic and underactive muscles as hypotonic. A hypertonic muscle is defined as a muscle which exhibits excessive tone or tension (Medical Dictionary, Medline Plus). A hypotonic muscle would be a muscle that lacks tone. Due to the complex nature of overactive and underactive muscles, the fitness professional must begin with a comprehensive assessment.

How do I know if my client has overactive or underactive muscles? An assessment should begin with a static postural analysis. Static posture can be thought of as a snap shot of the client’s daily habits. The fitness professional should always consider the five kinetic chain checkpoints: feet, knees, hips, shoulders, and head. If any of these are out of alignment there is a good chance overactive and underactive muscles will be found.

A movement assessment should be performed following the static assessment. The overhead squat assessment (OHSA) is one that incorporates active range of motion of the ankles, knees, hips, and shoulders, and requires optimal stabilization from the trunk in order to be performed correctly (Bell et al., 2012). During the OHSA, the same five kinetic chain checkpoints should be viewed as the client squats down with an end goal of having the hips parallel with the ground. A client with overactive and underactive muscles will usually demonstrate predictable patterns of dysfunction (Page, Frank, & Lardner, 2010). In addition to movement assessments, more specific assessments, such as passive range of motion and manual muscle testing, can be performed by a licensed professional. More information on these and other assessments can be found in the NASM Essentials of Corrective Exercise Training textbook.

What are the next steps? After the assessments have been performed, a corrective exercise program can be developed. Corrective exercise is defined as “the systematic process of identifying a neuromusculoskeletal dysfunction, developing a plan of action, and implementing an integrated corrective strategy” (Clark & Lucett, 2011, p. 4). NASM’s Corrective Exercise Continuum consists of first inhibiting the overactive muscles with self-myofascial release (SMR), lengthening the muscles which were identified as being shortened, then activating the underactive muscles with strengthening exercises, and finally, integrating back into a total body movement pattern.

As an example, let’s continue with the client that has the anterior pelvic tilt. Based on the assessment, it is known that the hip flexors are overactive and shortened. Therefore, these muscles would need to be foam rolled and statically stretched. As we mentioned earlier, in most cases the hamstrings are also overactive but they are not shortened. This means that we could foam roll the hamstrings but do NOT stretch them. Then, the client would need to activate the gluteus maximus and core stabilizers with floor bridges and planks. Finally, finish up with a squat to row on a cable machine for integration.

Conclusion Overactive and underactive muscles are usually reflections of muscle imbalances and posture. Overactive muscles are not necessarily strong or tight, but are hypertonic or have chronic increased tone. Whereas underactive muscles may not always be weak and lengthened, but are hypotonic or have chronic decreased tone. The CNS regulates the length of muscles and basis much of its information from the input of different types of receptors. When developing an exercise program, a health and fitness professional must not let the sensation of tightness be the only guiding force, but to also utilize the information provided by a comprehensive movement assessment. Muscle imbalances do not cause all dysfunction in human movement, but in the presence of muscle imbalances many of the supportive tendons and ligaments may be at higher risk for overuse injuries.