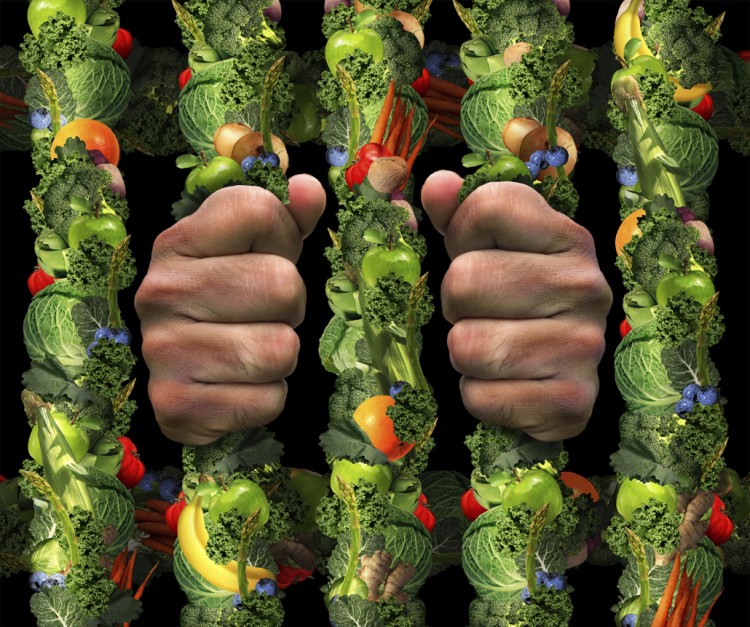 National Eating Disorder Awareness Week (NEDAwareness Week) is February 21-27, 2016. This year’s theme is 3 Minutes Can Save a Life. Get Screened. Get Help. Get Healthy. The focus is on early detection. The earlier someone suffering from an eating disorder gets treatment the better the outcomes of recovery. In honor of NEDAwareness Week, let’s discuss when healthy eating becomes unhealthy.

Does this sound familiar? You have decided to be healthier with changing your eating habits and beginning a workout routine. Paying attention to food labels, especially the ingredients, has led to choosing more whole foods, increased fruits, vegetables, whole grains, increased your water intake and over all less processed foods. You feel great! You have more energy and have lost weight. Others start to notice and ask what you have been doing. You are now known as the go-to person for nutrition advice in your office. You take pride in being healthy and being able to refuse the office treats during a coworker’s birthday.

Does this seem that it could ever turn into disordered eating or an eating disorder? Yes, it could. With healthcare costs still increasing and the ever-expanding obesity epidemic, it is hard to believe that being healthy could be unhealthy. However, food obsession is not a healthy relationship with food. Not for your body, not for your mind, and not for your soul.

Deciding to eat healthier does not equal that you will develop an eating disorder. However, if the “perfect” storm exists, perhaps a history of depression or anxiety, then eating healthier could be the jump off for the beginning of disordered eating or an eating disorder such as orthorexia.

Initially there may not be a restriction of food intake. However several foods become avoided because they are considered impure or unclean. Those suffering with orthorexia may even avoid social situations such as going to restaurants or friends houses because they are unsure of the ingredients used. Social isolation or avoidance is a parallel with eating disorders and can be very serious. The avoidance of so many foods can eventually lead to decreased health from malnutrition, nutrient deficiency, low energy intake compared to needs, and may lead to unhealthy weight loss.

As previously stated, someone may begin to eat healthier to be healthier, but with orthorexia that is typically a disguise for wanting to lose weight, be thinner, feel in control, improve self-esteem, or wanting to feel they are liked or take pride in their ability to follow such a restrictive and challenging approach. The obsession with food bleeds into their overall thought process. Food is what controls them and their lives. Meticulously reading labels, planning out all meals and snacks, not being able to deviate from that plan, and preparing the meals and snacks may become their only perceived enjoyment. In severe cases, nothing matters more than the quality of the food. Not work, not relationships, not the body’s internal cues. Just as with an eating disorder, orthorexia is all consuming.

The clean eating movement and society’s overall obsession with health and thinness has allowed for those struggling with disordered eating to potentially believe that what they are doing is healthy or “normal.” Just because something is a cultural norm does not mean it is “normal” or healthy. If you are isolating yourself and obsessing over whether or not to go out with friends because you do not know the ingredients of the dish at the restaurant then this is a problem and you should seek out support. If you consistently feel guilty after eating what you have deemed “unhealthy” this is not a healthy relationship with food. Following food rules that cannot be flexible is not a way to live.

You do not have to earn eating. We are biologically cued to get hungry because our bodies need fuel. Whether you exercise or not you still need to eat. Healthy eating is finding your individual eating style, being flexible with your food intake (including food choices and schedules), responding to your internal hunger cues, as well as allowing various foods in moderation without guilt.

Here is a link for a confidential screening that you may take to determine if you need to seek professional support for disordered eating or an eating disorder: http://nedawareness.org/get-screened To get more involved and build awareness www.nationaleatingdisorders.org is a great place to start.

For additional support visit www.scandpg.org (Sports Cardiovascular and Wellness Nutritionists) to find a registered dietitian in your area that specialises in disordered eating and eating disorders.