IF I KNEW THEN 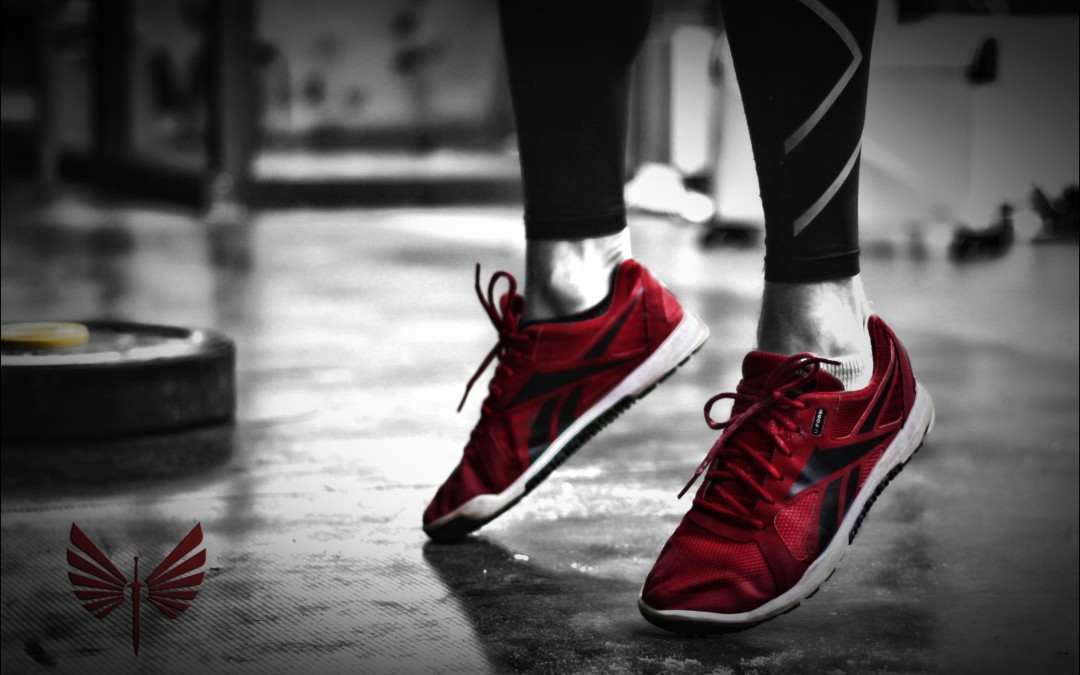 Three trainers with nearly 60 combined years of experience share their advice for creating a long—and fulfilling—career.

By Mike Woelflein  Printed in NASM’s The Training Edge, Sep/Oct 2014

Personal training is a growing field—and the growth shows no sign of slowing. In fact, the Bureau of Labor Statistics forecasts 13% growth through 2022. That’s a lot of new trainers entering the workforce, all wondering one thing: How do you build a long-lasting career in the field?

We took that question to the three trainers featured here—trainers who have built enviable long-term careers. They told us about the lessons they’ve learned, and the ones they wish they’d learned sooner. The goal? To help you build the career of your dreams.

The first tip: Diversify. If you offer more services, add skills, and satisfy more clients, you’ll grow—as a trainer, and as a business owner. For more advice, read on.

In 2004, after working at a national fitness chain for five years, Keppel launched Scott’s Training Systems in Chandler, Ariz. It was a leap of faith—he started the business in his garage two weeks after his wife gave birth to their first child. Nineteen clients came with him.

Within six months, limited space was forcing him to turn away clients, so he moved to an 800-square-foot space. He’d also been turning away trainers, so he started building a team to meet the needs of a variety of clients.

Today, he owns a 4,100-square-foot gym, with 10 trainers plus a number of yoga instructors, all independent contractors. The team offers specialty work ranging from pageant prep (including two Miss Arizona USA clients and dozens of others) to bodybuilding-, golf-, and yoga-based fitness. They also serve special populations with pre- and post­natal fitness, breast cancer recovery, and youth fitness—and Keppel makes sure that his trainers are as passionate about those areas as he is.

“I’ve seen trainers take on programs that they can’t be the best at,” Keppel says. “We don’t do that. We have someone who specializes in almost everything, and we focus on what we do best.”

That mix of diversification and focus on what you can do best are the keys to growth, Keppel says, even through lean times.

During the recession, Keppel visited a great pizzeria that hadn’t lost business, and he had a realization: “People don’t stop spending,” he says. “They’re just smarter with their money. They want the best. And that’s what we give them.”

3 Give to your community. Keppel started a 5K adventure run to raise money for breast cancer research, quadrupling the field in three years. It’s one of many charitable events he volunteers for. “It lets people know there’s more to you than fitness and nutrition,” he says.

From Arnold to Everyone: Kellie Roman, NASM-CPT, CES, PES, personal trainer since 1987

Roman was working as a New York City fashion merchandiser and took a high-impact aerobics class at one of Jack LaLanne’s clubs. One day, the instructor had an emergency and asked her to substitute at the last moment.

“I was nervous, but it was fun,” she says now. Roman soon became a personal trainer, and she continued as a trainer and group fitness instructor in New York for 20-plus years, including a stint at the famous Vertical Club where Arnold Schwarzenegger and Brooke Shields once worked out. Early on, she earned a master’s in exercise physiology from Columbia University. In 2009, she moved to Arizona, and now she balances her personal training business with group sessions at The-PITT, a local performance-training center.

Today, Roman says trainers still make the same big mistake she first noticed during her Vertical Club days: providing cookie-cutter workouts. “It was, ‘Arnold’s doing chest today, so it must be chest day,’ ” she laughs. “It took a while to learn that every client is different.”

Her core philosophy: “Form before anything,” she says. “It applies to every client.” NASM was the perfect match, as form is the foundation of the Optimum Performance Training™ (OPT™) model, which helps her customize workouts.

“It works with the idea that everyone is different,” Roman says. “They all might want to lose 20 pounds, but one is a 25-year-old athlete and another is 60, with back pain and diabetes.”

Corrective exercise has also been an “eye opener,” Roman says. She’s seen trainers ask clients to do things they shouldn’t, because of issues that should be corrected first. One example: having people do jump squats when their knees internally rotate. “But with the right tools—like the OPT model and CES—and the right mind-set, you can help anyone,” Roman says. “When you make a difference in someone’s life, it’s amazing.”

1 Don’t spread yourself too thin. Early in her career, Roman often worked seven 12- to 16-hour days a week. “I didn’t have the confidence to say no,” she says. “You have to if you’re going to do this for a long time.” Managing your schedule, she says, lets you stay fit, pursue educational opportunities, and stay fresh.

2 Celebrate every day. To keep yourself and your clients engaged, find something to smile about every day. “I pay attention to the little victories people have,” Roman says. “Whatever level they are at, you’ll see that spark of joy in their eyes. I love that.”

3 Push the right buttons with groups. Customizing workouts for groups is different than for solo clients, Roman says, and it’s hugely important to take care of the group’s issues before progressing them: “You might see 10 different compensations,” she says. “Look for the three that are most prevalent, and then say, ‘We’re going to address these muscle imbalances that I’ve noticed so we can start moving to where we want to be.’ ”

In 10th grade, Williams knew he wanted to work in fitness. In 1996, as a college sophomore, he started helping fellow students get fit at his school’s campus rec center. He earned a CPT certification in 1998, added a master’s in exercise science in 2000, and started working at gyms and accepting clients.

From 2004 to 2008, Williams worked as a real estate agent part-time while he was also working as a fitness director, a move that he says limited what he could accomplish with his training business. Even after he launched Move Well Fitness, his training business based in Bethesda, Md., in 2009, he still worked full-time at another club—and did so until 2013.

“I wore too many hats,” he admits now. “It showed in building a consistent clientele, and in my income. I needed to commit.”

Williams decided in 2012 that he wanted to go full-time with Move Well Fitness, but he wasn’t sure how to take the next step. He researched marketing systems and found Net Profit Explosion, a fitness business system that’s helped him with everything from pricing his services to marketing through incentives and strategic alliances.

“It’s one of the best decisions I ever made,” he says. “I’m running my business the way I should. I know my numbers. I know how to network. I know how to market. And I know how to grow. You need to know all of those things if you want to succeed, and I didn’t.”

Another lesson (and something that Keppel and Roman also agree with): Marketing is important, but so are referrals and word of mouth. Williams says that means taking care of clients, so they’ll take care of him. He rewards clients with referral incentives, and he does the same with a network of area businesses, from doctor’s offices to hair salons.

“Ninety percent of my marketing is to my clients and those partners,” he says. “It’s crucial to continue to cultivate the relationships you already have. Send them a word of appreciation or congratulations. Do right by them, and it will come back to you much more often than if you’re trying to reach out to strangers.”

1 Admit your mistakes. Williams liked his old website, but it didn’t perform. This year, needing more search engine optimization, or SEO, so searchers would see him at the top of their results, he built a new site. “Sometimes, you learn the hard way,” he says. “You end up circling around and spending again.”

2 Know your market. Williams’ northwestern D.C. suburban market is one of the wealthiest areas in the U.S., which has led to him holding sessions in people’s homes (they like it better and tend to have equipment) and building partnerships with high-end local businesses. “Think about your ideal client,” he says. “Are they male or female? How old are they? Where do they live? Where do they spend money regularly? That’ll tell you what partners you need.”

3 And one last time: diversify. Williams offers a long list of services, from one-on-one training (including nutrition counseling) to continuing education for other trainers. This year, he started teaching an online CPT course for NASM. “You’ve got to have multiple streams of income,” he says. “There’s no such thing as security, so build a portfolio of things you can do—just make sure you’re passionate about all of them.”

Kellie Roman, NASM-CPT, CES, PES, wishes she got her CES long before she did, two years ago. The specialization sets her apart, adds to her income (she charges more for a CES session), and helps her lock in new clients who realize that they need her help. Getting it even earlier “would have made a huge difference, for myself—knee injuries I could’ve avoided—and my clients,” Roman says. Learn more at nasm.org/ces, or call 877-203-1148; get $100 off by mentioning promo code CES100.

Why OPT and CPT Matter

All three trainers here point to the scientific nature of the OPT model and the strength of the NASM-CPT program as the keys to their success. “I have a scientific background, and I like to know why things work,” Roman says. “All of NASM’s programs give me that.” These trainers also appreciate that OPT can be adapted to specific client needs. “My training lets me show clients where they are and where I’m going to take them,” Keppel says.