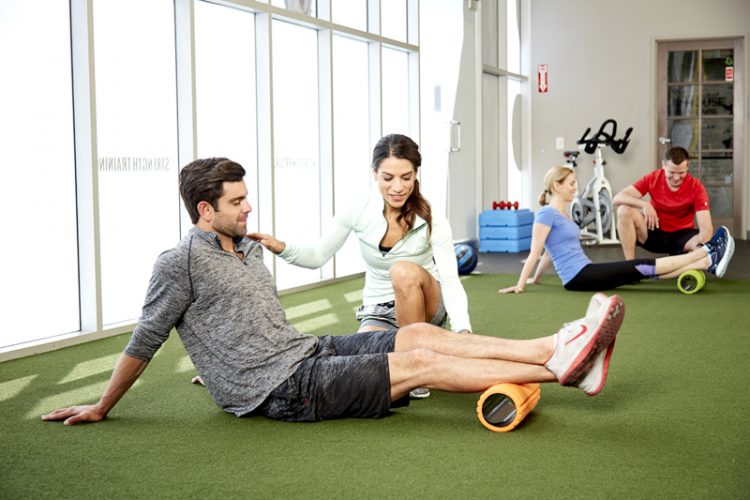 Different foam rolling techniques: Why the fuss? It seems as though the best way to foam roll is in the name—roll. Rolling back and forth does have some merit and support from the scientific community. In a recently published review of foam rolling, Kalichman and David (2017) examined 42 studies on foam rolling that revealed only a few different techniques being used. The most common was to roll the length of a chosen muscle for a set time. Between one to two minutes was the most common time and participants usually rolled to the beat of a metronome for consistency. Another common technique to use is to “knead” the muscle by performing small back-and-forth motions along the length of the muscle. The last frequently used method, which only appears to show up with foam rolling devices that aren’t actually rollers (e.g., Thera-cane) was to hold pressure on a tender spot. All of these techniques appear to work well at either improving range of motion or decreasing pain.

In another review, Cheatham and colleagues (2015) concluded that there is no current consensus on foam rolling programs. Some studies roll at a slow pace for around two minutes, while others roll so quickly the researchers have to build special devices to hold the roller for only a few seconds! It’s true, Sullivan and colleagues (2013) constructed a device to hold a massage stick. Weights were added for pressure, a metronome was set to 120 beats per minute (that’s rolling the length of the muscle twice in one second), and the hamstrings were rolled for all of five seconds. Three other groups rolled for longer, but no group rolled more than ten seconds. All groups improved range of motion! However, the groups that rolled for longer experienced more improvements and their changes lasted a few minutes longer. Most people agree that rolling is beneficial, but how long should you roll and should you do anything more than simply roll up and down the length of the muscle?

To get a grasp on the origins of foam rolling, we need to go back many years. Depending on what you read, you’re likely to see statements that foam rolling was started by a gymnastics coach, a physical therapist, or the Greek Goddess Aphrodite (Aprhos is Greek for “foam”). (Okay, I’m sure no one ever thinks of the Goddess of Love when foam rolling.) No one knows exactly who started the foam rolling revolution, but we do know that foam rolling began as a way to mimic massage. As a massage therapist, I am aware that a foam roller will never replicate what I can do with my hands. However, it does serve as a suitable alternative for daily use. The big “miss” is that massage incorporates moving from origin and insertion of a muscle as only one of a variety of techniques. Swedish Massage (which can be considered basic) includes five traditional strokes: a) effleurage (gliding); b) petrissage (kneading); c) friction (cross friction); d) tapotement (percussion); and e) vibration (small shaking movements) (Salvo, 2007). If you want to maximize your foam rolling results, try to include different movements into your foam rolling regimen. While not all of the five strokes are easy to replicate with a foam roller, several are possible.

When pressure is applied to muscles, fluid is displaced to another area (much like squeezing a water balloon). When the pressure is removed, fresh fluid and nutrients rush back into the area (Schleip, et al., 2012). Adding additional movements and stretching forces into the area when the pressure is applied can help to maximize the benefit of fluid and nutrient replacement and improve overall movement. Follow the simple four step formula below to ensure you’re making the most of your daily foam rolling.

When rolling to increase the length of a muscle that has been identified as short, follow up with function. Studies have suggested that static stretching after foam rolling is the best way to increase the flexibility (Skarabot, et al., 2015). Additionally, adding length to tight spots doesn’t guarantee optimal function. Vincent et al. (2013) found that for both acute and chronic pain, individuals should follow up with exercise. A few basic exercises concentrated on strengthening weak muscles and total body movements will ensure you and your clients coordinate that newly found mobility into daily activities!