Everybody Is Foam Rolling But Why Everywhere:? 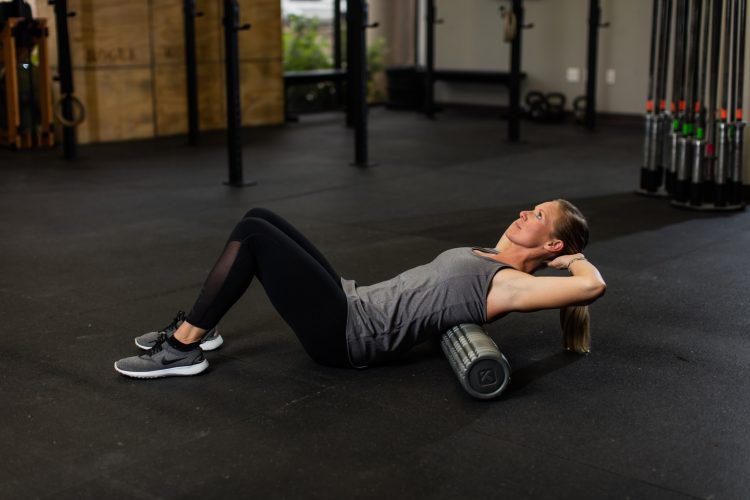 Foam rolling, a form of self-myofascial release (SMR), hit the mainstream almost 15 years ago and is continuing to increase in popularity. While there are several ways to measure these popularity trends, an interesting approach is to look at the attention foam rolling is getting from the scientific community (with 30 studies having been published thus far in 2017). Research has focused on basic performance measures of flexibility, power and recovery. To attempt to answer these questions, studies have applied foam rolling to the major muscle groups, such as the hamstrings—because everyone does hamstring research—with a few studies targeting the calves, quadriceps, and the foot. An area of foam rolling research that is lacking is what shouldn’t be rolled. Additionally, this is a difficult type of study to set up. The IRB is not likely to approve the let’s see what happens when we roll the kidney study!

What areas should be rolled? Short and tight muscles should be rolled, which vary by person. To best identify the muscles to roll, an assessment should be utilized. While there are a several effective assessments, a quick one that is presented by the National Academy of Sports Medicine (NASM) is the overhead squat. This can easily highlight the most common short or tight muscles, such as the calves, quadriceps, hip flexors, adductors, latissimus dorsi, and the pectorals. These muscles are all safe to roll because they are relatively large and aren’t laying over vital structures or organs.

What should be avoided? Foam rolling involves applying body weight pressure onto a hard, cylindrical object (not always foam). Therefore, caution should be used on some areas while other areas may need to be completely avoided.

Don’t target organs with a foam roller. Most vital organs are protected by the thorax, but other organs are accessible through the abdomen and low back, such as the kidneys under the floating ribs. While one cannot get direct pressure on them, rolling the low back can apply a significant amount of pressure to these ribs. Additionally, large hard rollers should never be used on the abdomen and small rollers should be used with caution.

Use caution around vessels and nerves. This is easier said than done because they run throughout the body. However, there are a few areas in the body that have more “accessible” spots:

What about the bones and joints? Bones will always be rolled, but some are either closer to the surface or may not be as substantial as others. When rolling the quadriceps, for example, the femur takes on substantial pressure, but it’s the largest bone in the body; it can handle it. The bones of the lower back or the floating ribs are a different story. They can take some pressure, but not the entire bodyweight.

Rolling joints is not inherently dangerous (it’s even legal in many states now) and there may be some value. For example, the connective tissue around the ankle, knee, hip, shoulder, and elbow often benefit from specific techniques that can be applied with the foam roller. However, avoid using full body weight compression. These would be performed in a manner where the amount of pressure applied is very specific and easily controllable.

How to roll? Rolling correctly is not all that intuitive. Given that foam rollers are round, rolling back-and-forth makes sense. While this is not a bad place to start, there are four important things to keep in mind:

Foam rolling is very popular and, for the most part, it is a safe and very effective activity. However, following just a few tips and tricks can help to increase both its safety and its effectiveness. Stay away from organ and nerve rolling, slow down, stop on a few areas, and always stay hydrated and breathe. Happy rolling.