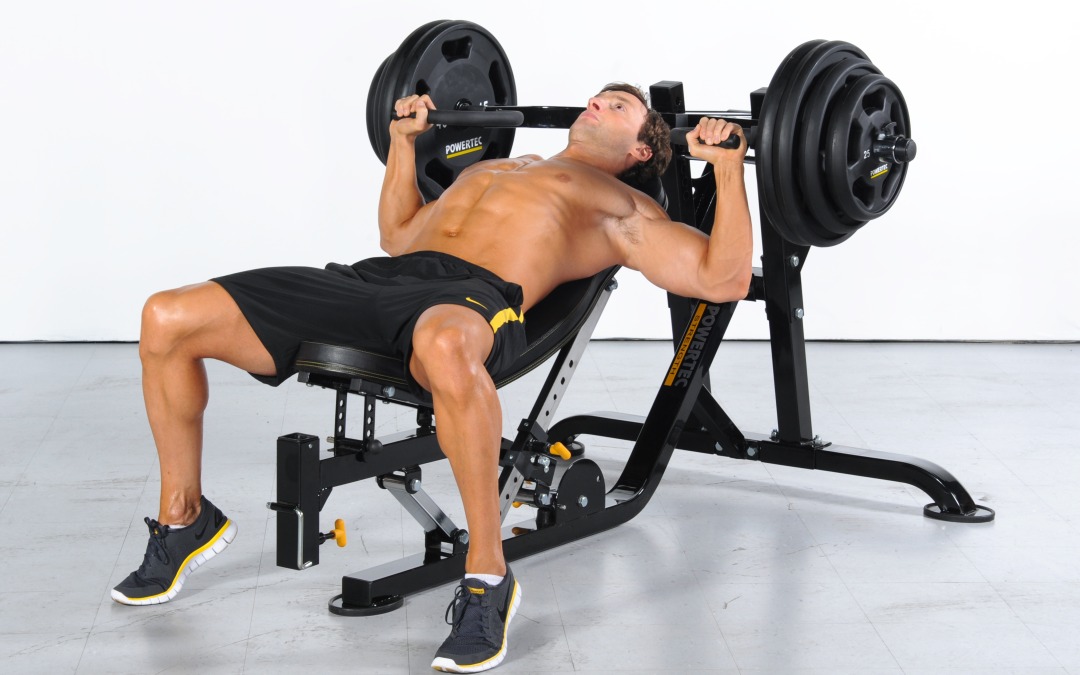 If you are like most fitness professionals, reading about exercise technique can be confusing with so many opinions floating around as fact. It is hard to get a grasp on what is right, what is fallacy and what really matters when it comes to exercise technique. One of the leading questions hitting fitness facilities around the country is the question of elbow placement when performing a bench press.

How far down should the elbows move when performing a bench press – what is the right range of motion?

The answer is simple, yet it is not black and white. The short answer to the question is simply that elbow position depends on the potential muscle imbalances of the exerciser and the amount of load the exerciser is lifting. However, to understand the answer more completely, it is imperative to know the anatomy and mechanics of the shoulder.

The stabilizers consist of the subscapularis, supraspinatus, infraspinatus, teres minor, and teres major.

The shoulder consists of four joints that work together to allow proper movement. These joints are: glenohumeral, sternoclavicular, acromio-clavicular and the scapolo-thoracic joints. Each joint must move as the shoulder moves, allowing for the most range of motion of any joint. Several muscles attach to each joint, some serving as stabilizers and others serving as prime movers.

The shoulder is unique in that the musculature of the rotator cuff works to compensate for the lack of natural stability of the glenohumeral joint (1).  When the glenohumeral joint is misaligned due to muscle imbalances (overactive and underactive muscles surrounding the joint), the shoulder becomes unstable, reducing the neural volume to the pectoralis major and minor, thereby not allowing the exerciser to produce optimum force (2).

This is important when considering what position the elbow should be in when performing a bench press as the humerus should be aligned properly and move within the optimal range of motion without compensation to elicit the best neurological response.  Simply stated, the elbows can move in the full range of motion of the shoulder so long as your client is not compensating.  If, for instance, the exerciser suffers from a muscle imbalance where the pectoralis major and minor are shortened and the rotator cuff musculature are lengthened, the neural drive to the pectoralis major and minor would decrease, requiring a synergist muscle to become dominant (in this scenario the levator scapulae and upper trapezius may become dominant) changing the mechanics of the shoulder and lessening the strength and hypertrophy of the pecs (3). The range of motion of the bench press would therefore decrease, stopping the exercise at the first point of compensation (shoulders rising or the head juts forward).

Second, elbow positioning during the bench press is highly dependent on load. Mechanically, when the elbows drop below parallel, the pectoralis major and minor are in a lengthened position, lessening their ability to produce optimum force and requiring assistance from the anterior deltoid. If the load your client is lifting is too heavy, this may put a large strain on the anterior deltoid (as the anterior deltoid was not meant to lift heavy loads) often leading to injury, or may require compensation from the low back (arching the low back to get into a better position to lift the load) leading to potential low back problems. If the load your client is lifting is low to moderate weight, the elbows should move through the full range of motion of the shoulder as long as compensation is not present.

If your client presents with muscle imbalances or shows compensations, a comprehensive flexibility and strengthening program will help to increase range of motion and create optimal alignment of the shoulder. As such, this will positively affect the strength and hypertrophy of the pectoralis major and minor, again dependent on the goals of the client and the acute variables utilized to meet the client’s goals.

Important program components to include in your program if your client has muscle imbalances that limit the range of motion at the shoulder: