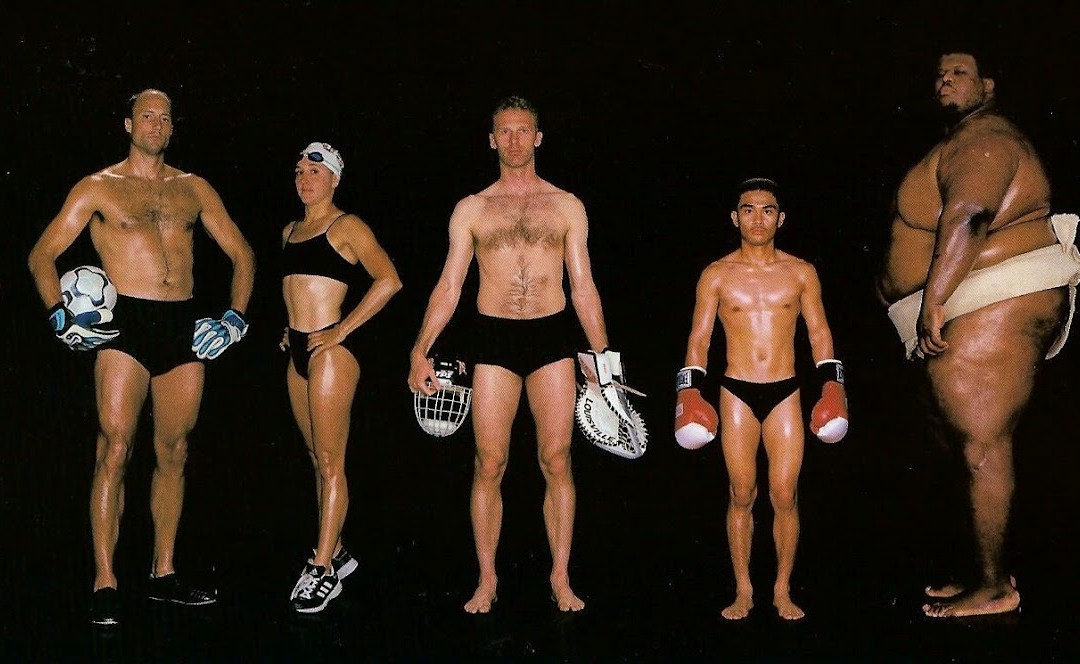 Find out whether its right for you.

Body type — whether ecto, meso, or endomorph — can determine what sports suit you best, as well as what you should be eating to fuel your activities. Yes, it’s true — those darn ectos can get away with a little extra pasta!

What is eating for your body type?

Many people think that “body type” just describes the way someone looks. In fact, your body type can also provide information about how you respond to food intake and about your hormonal and sympathetic nervous system (SNS) characteristics.

Physique characteristics can thus be linked to metabolic differences between individuals. Once someone establishes their body type, they can then adjust nutrient intake to maximize body composition and health related goals.

There are three general categories of body types (somatotypes): ectomorph, mesomorph, and endomorph.

Very few people fall perfectly into one of the three categories. People are often a mix of characteristics. Additionally, years of training and good nutrition can change the outward appearance of one’s body.

For instance, a bodybuilder might be mistaken for a “natural” mesomorph when in fact, s/he is really an endomorph who’s trained and dieted hard; or an ectomorph who’s spent years guzzling protein shakes and doing the power lifts.

An ectomorph who’s gained a little weight around the middle from a sedentary lifestyle and poor nutrition might assume they’re more endomorphic.

However, most folks can find their general tendencies in one of the three groups. Ectomorphs are thin individuals characterized by smaller bone structures and thinner limbs. Think of a typical endurance athlete. They tend to be thyroid and SNS dominant with either a higher output or higher sensitivity to catecholamines like epinephrine and norepinephrine. This profile is linked to a fast metabolic rate and a high carbohydrate tolerance.

This group generally does best with more carbohydrates in the diet, along with a moderate protein and lower fat intake. A nutrient distribution for this body type would ideally be around 55% carbs, 30% protein, and 15% fat.

Mesomorphs have a medium sized bone structure and athletic body, and if they’re active, they usually have a considerable amount of lean mass. Many explosive athletes like wrestlers and gymnasts fit these criteria. Mesomorphs tend to be testosterone and growth hormone dominant. This profile leads to a predisposition for muscle gain and the maintenance of a lower body fat.

Mesomorphs typically do best on a mixed diet, consisting of balanced carbohydrates, proteins, and fats. A macronutrient split of 40% carbohydrate, 30% protein, and 30% fat can work well. Endomorphs have a larger bone structure with higher amounts of total body mass and fat mass. Football lineman and powerlifters are frequently endomorphs. They tend to be insulin dominant. This profile leads to a greater propensity for energy storage, including both lean mass and fat mass. This can also mean a lower carbohydrate tolerance.

Endomorphs typically do best on a higher fat and protein intake with carbohydrate intake being controlled and properly timed (e.g., after exercise). Their ideal intake might look like 25% carbs, 35% protein, and 40% fat. In general, we encourage individuals to experiment with different nutritional strategies until they find what works for them. And this is certainly one way to go about doing things.

Still, if seemingly endless trial and error with food intake doesn’t sound like an enjoyable way to spend your weekends, then identifying your body type and eating the appropriate distribution of nutrients might be a smart place to begin.

What you should know about eating for your body type

Regardless of your body type, body composition, or overall health status, your ability to handle carbohydrate-dense foods is greatly improved during and after exercise.

This means that the best time to eat a majority of those starchy (or, less ideally, sugary) foods is around the times that you’re physically active. Depending on your body type, your carb tolerance is different and your strategy should be different.

If you’re the very carb tolerant type, eating a greater percentage of high carb foods outside the workout window will likely be just fine for you. This means eating more carbs all throughout the day. You should, of course, still get more carbs during/post workout than any other time of the day. Just think more carbs after workouts and less carbs at other times. Remember that as carb intake increases, fat intake decreases.

If you have moderate carb tolerance, you should likely minimize high carb/starchy carb foods outside the workout window — except, perhaps, after an overnight fast (think: breakfast). This means you’d try eating some higher carb/starchy carb foods in the AM as well as during/post exercise. The rest of the meals would consist of less dense carb foods and more lean proteins, veggies, fruits, nuts and seeds.

As we approach different stages in our lives, hormones change and our body type can be influenced. This includes stages such as puberty and menopause (as well as the male equivalent, andropause).

Carb tolerance: High
Typical body type: Ectomorph
Carb timing ideas: Should include dense carb foods during/after exercise. Some starchy, whole grain, unprocessed carbs can also be eaten at each other meal if desired. Veggies and/or fruits (~3:1 serving ratio) should be eaten at each meal.

Carb tolerance: Moderate
Typical body type: Mesomorph
Carb timing ideas: Should include dense carb foods, but only during/after exercise. Starchy, whole grain, unprocessed carbs can also be eaten at breakfast and post exercise. These foods should be used in moderation during the rest of the day. Veggies and/or fruits (~3:1 serving ratio) should be eaten at each meal.

All of the aforementioned guidelines are great for muscle gain (assuming overall food intake is high enough), maintenance, and even moderate weight loss/shifting body composition.

For people brand new to the world of healthy eating, don’t worry too much about body type eating, because you’ll likely have some broad food issues to deal with first. For our advanced nutrition readers, take advantage. Establish your body type, implement the strategies, and watch how your body changes.

If you’ve used a strategy in the past and it didn’t work, then don’t do it again. As always, match up behaviors and expectations while utilizing outcomes based decision making.